On a working visit to Lebanon, Armenia’s acting Prime Minister Nikol Pashinyan had a meeting with the country’s President Michel Aoun.

Nikol Pashinyan thanked President Aoun for participating in the Francophonie Summit in Yerevan last week. Mr. Aoun, in turn complimented Nikol Pashinyan for organizing and holding the 17th summit of the Francophonie International Organization in Yerevan. He added that the acting PM’s visit might help promote and strengthen the traditionally friendly relations between the two countries.

Pleased with the ongoing high-level political dialogue between Armenia and Lebanon, the interlocutors stressed that they were propped up by historical affinities and the active contribution of the Lebanese-Armenian community. 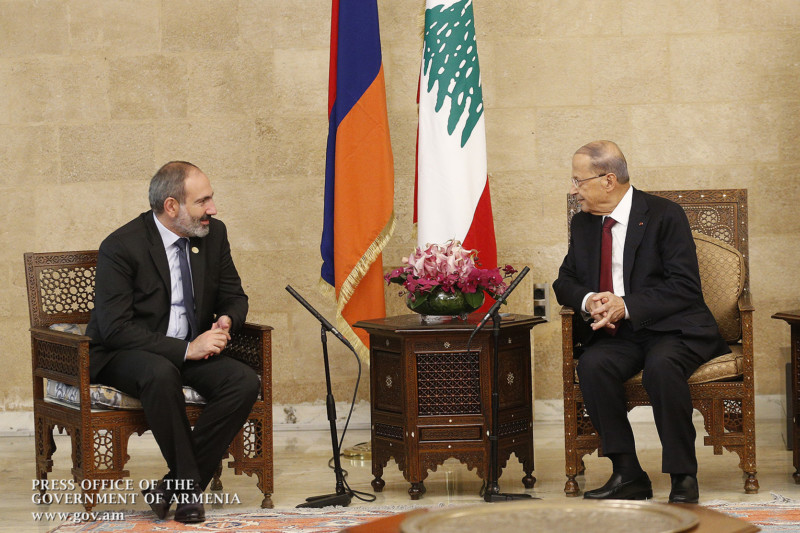 In turn, the Lebanese President highly assessed the role played by the Lebanese-Armenian community in his country’s political, economic, social, cultural, educational and sporting life, as well as the development of friendship and friendship between the two countries and peoples.

The parties discussed opportunities for developing trade and economic exchanges between the two countries. “We have to synchronize our economic ties with the high-level political dialogue and human relations between our countries,” Nikol Pashinyan said. The Acting Prime Minister of Armenia introduced the measures taken by the Armenian Government to combat corruption, simplify tax and customs procedures, and create an investment-friendly climate.

The President of Lebanon expressed readiness to assist the two governments with the implementation of joint programs and initiatives.

The sides looked at ways of enhancing cooperation within international organizations. In this context, Nikol Pashinyan welcomed the initiative to establish the Human Academy in Lebanon as announced by the Lebanese President at the UN General Assembly session of September 21, 2017 in New York. 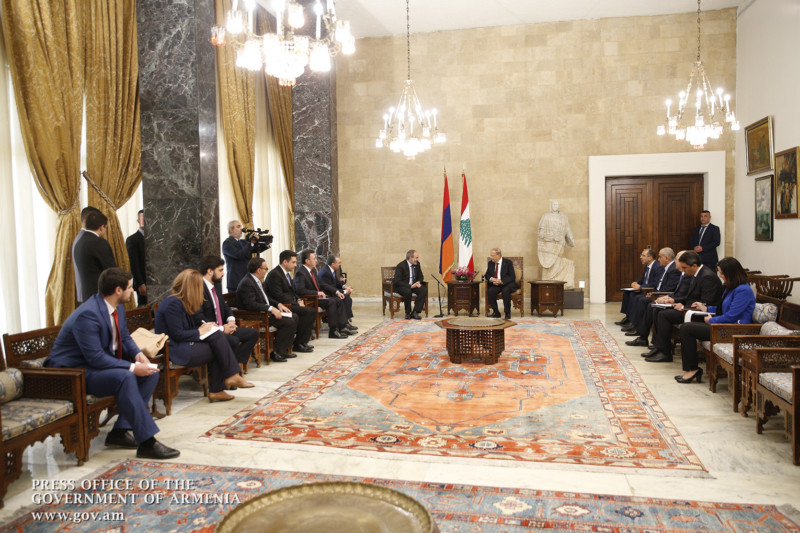 “Armenia welcomes Lebanon’s initiative to become a global hub liaising different civilizations, religions and human races, and is ready to back it. We are confident that Lebanon’s efforts and long experience for peaceful coexistence of different religions and nations could be instructive not only for individual countries, but also for the whole region,” Nikol Pashinyan said, convinced that the initiative will arouse great interest among Armenian students.

Emphasizing that Armenia honors its international commitments, and highlighting the UN peacekeeping mission in Lebanon, Nikol Pashinyan expressed satisfaction with the fact that the UN Security Council has extended UNIFIL peacekeeping mission’s mandate for another year.

At the end of the meeting, Acting Prime Minister Nikol Pashinyan signed the Book of Honorary Guests. 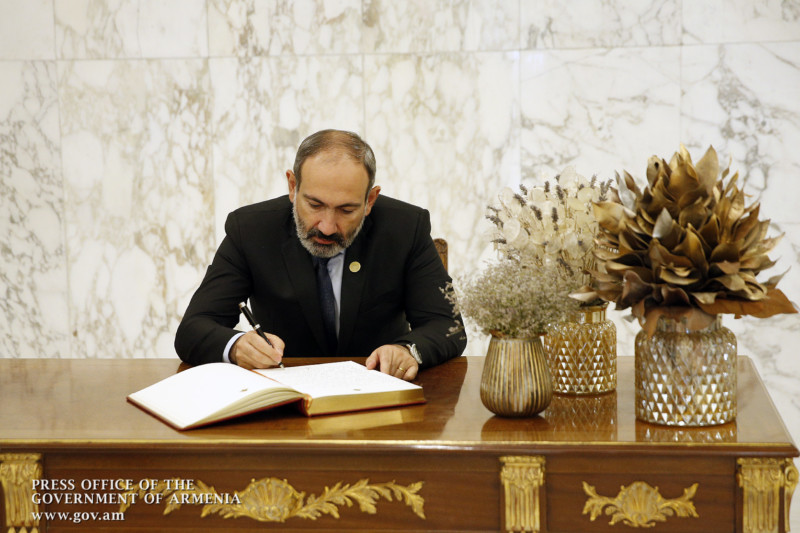