It’s time to mobilize and combat on on all fronts: ARF Bureau Youth Office Executive Director 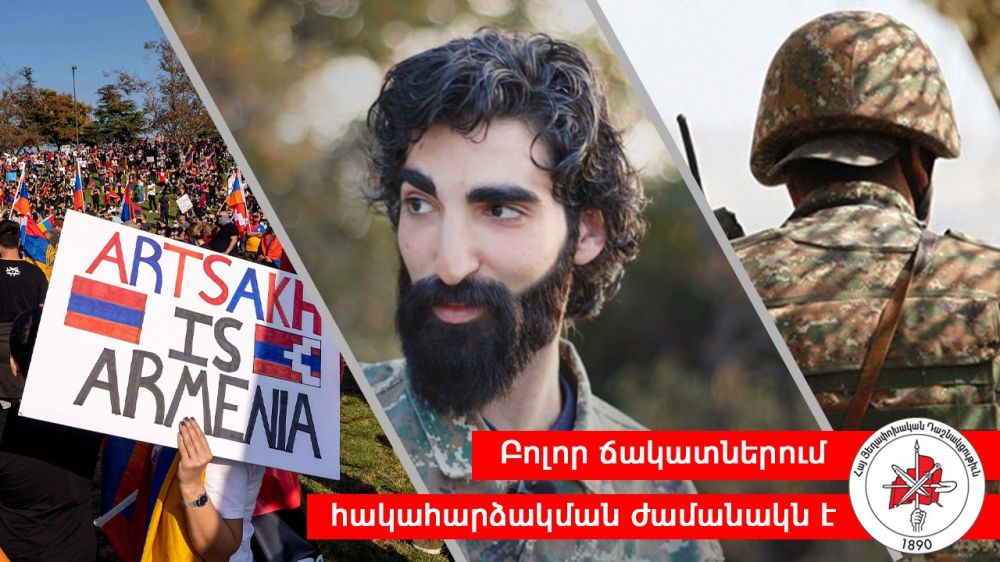 From the early days of the hostilities launched by Azerbaijan, with the support of Turkey, against the Armenian people, ARF youth from across the globe have been at the frontlines in combatting the aggression of these two criminal regimes both in the homeland and in the diaspora.

The struggle for survival is being fought on many fronts and in order to succeed, we must exceed all expectations.

In the last month, ARF Youth (AYF’s and Student Associations) in the homeland and the diaspora have played a significant role in fighting the abovementioned fronts by unifying the efforts of Armenian youth everywhere.

As a pan-Armenian youth organization, we have utilized our political relationships with the international community. We have organized large scale demonstrations around the world in various diaspora communities in a strong attempt to galvanize the various Armenian communities. We have and continue to inform the international community and various political youth groups about the accurate origins of the history of the Artsakh conflict, the current war, and the details of the battlefield. Through these efforts, we have emphasized the fact that Armenia is up against not only Azerbaijan, but also Turkish special forces and jihadist mercenaries.

Evidently, over a century later, Armenians are still actively fighting against pan-Turkism. I am confident that with the following steps and actions we will reach a just and victorious end to this fight for survival:

The time to simply react is over. It’s time to mobilize and organize with the above-mentioned principals in mind in order to combat the efforts of Turkey and Azerbaijan on every front.

The Republic of Artsakh will remain Armenian. The ARF Youth and Student Associations are committed to the victory in Artsakh and a victorious and final end to the Artsakh war.

The sacred work towards these goals requires unmatched dedication and sacrifice. In addition to the many sacrifices the Armenian nation has made on the battlefield, the following members of the ARF youth organizations were also martyred: Aram Grigoryan, Vigen Muradyan, Benjamin Nalbandyan, Eric Galstyan.

We must continue fighting for the rights of our people and our homeland.

Eternal glory to all our martyrs.