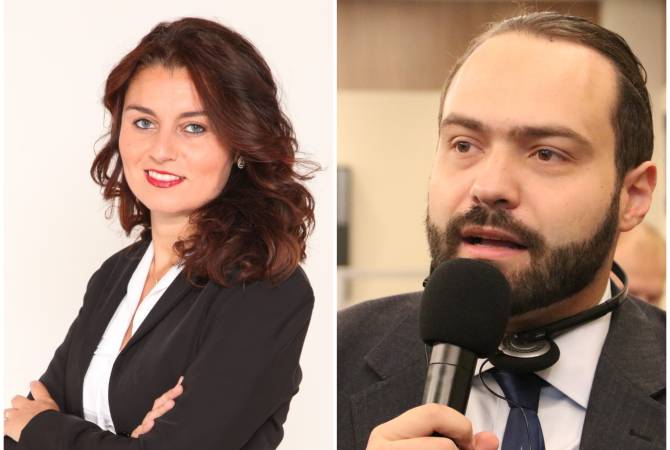 We were obliged to support the resolution “On the destruction of cultural heritage in Nagorno Karabakh” adopted by the European Parliament on March 10. Remaining indifferent would mean to “share an unacceptable responsibility”, ARMENPRESS reports this is the opinion of Italian MPs, representative of the Five Star Movement Fabio Massimo Castaldo and member of “Lega” party Susanna Ceccardi, who supported the resolution.

According to Agenzia Nova, Castaldo noted that in Nagorno Karabakh “Azerbaijani authorities are trying to forcibly uproot the cultural heritage of the indigenous Armenian people.”

“Monuments, medieval monasteries, churches, tombs. There is no respect for the alive or the dead. By erasing the past, the Azerbaijani authorities want to justify their future for the region, but we can not allow that to happen. The European Parliament must be clear and ask the Azerbaijani authorities to immediately end this barbaric vandalism, to start a constructive, inclusive dialogue in the region,” representative of the Five Star Movement Fabio Massimo Castaldo said.

He noted that they support the UNESCO mission, condemning Baku’s actions to hinder that mission. “History cannot be rewritten to justify expansionist ambitions. It was our responsibility to support this resolution, which was passed by an overwhelming majority and has great significance,” Castaldo concluded.

Ceccardi noted that the damage done to the Armenian cultural heritage in Artsakh – churches, museums, as well as cemeteries – is aimed at erasing the centuries-old memory of an entire nation. The member of the European Parliament stated that it is inadmissible to accept a cultural genocide of this scale.

“Armenian culture has already seen the systematic erasure of some episodes of its history in recent years, as in 2005, when the Nakhichevan Jugha cemetery was destroyed with a pneumatic hammer. In the Middle Ages, thousands of khachkars (cross-stones) delicately carved on tuff were removed once and for all. As stated in our resolution, UNESCO is obliged to visit the region, inventory and preserve the heritage. Indifference is an unacceptable joint complicity,” Ceccardi said.