Israeli politicians call for recognition of Armenian genocide after US vote 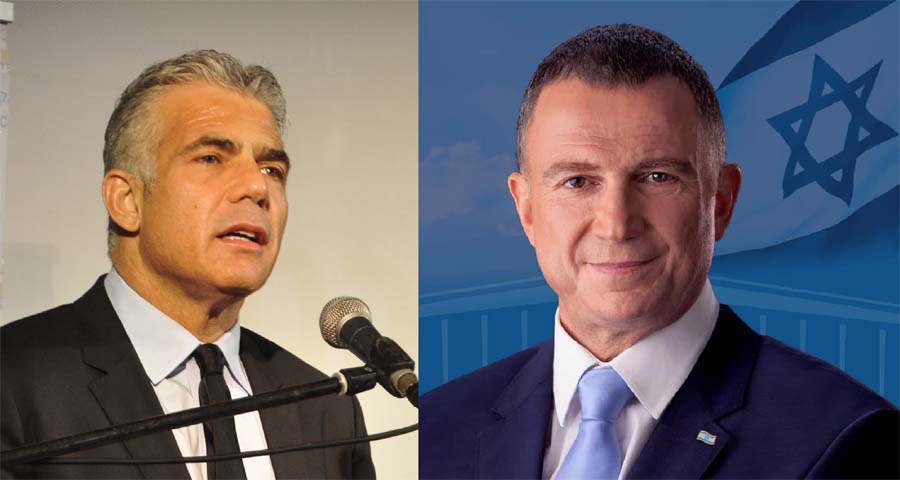 Two prominent Israeli politicians on both sides of the political aisle independently called for Israel to acknowledge the Armenian Genocide after the US House of Representatives overwhelmingly voted to officially recognize the World War I-era crime on Tuesday, the Times of Israel reports.

Cheers and applause erupted Tuesday when the House voted 405 to 11 in support of the measure “affirming the United States record on the Armenian Genocide,” a first for the US Congress, where similar measures with such direct language have been introduced for decades but never passed.

The Armenians say the mass killings of more than 1.5 million of their people from 1915 to 1917 constituted genocide, a claim recognized by some 30 countries.

Turkey strongly denies the accusation of genocide and says that both Armenians and Turks died as a result of World War I. It puts the death toll in the hundreds of thousands.

The House measure, which passed on Turkey’s national day, came three weeks after Turkey invaded northeastern Syria and launched a broad assault on Kurdish-controlled areas that was made possible by the withdrawal of US troops. Angry US lawmakers launched a two-punch rebuke, with the genocide measure passing alongside a bill that slaps sanctions on Turkey for its incursion.

“The US House of Representatives vote to recognize the Armenian Genocide is a vote for historical truth and justice. Turkey cannot be allowed to intimidate the world into denying genocide,” Blue and White co-leader Yair Lapid tweeted.

“I will continue to fight for Israeli recognition of the Armenian Genocide.”

Lapid was a strong proponent of a failed push for a Knesset bill recognizing the genocide earlier this year. Citing what he called Israel’s “moral and historical responsibility,” he tweeted in April that it was time for the government “to officially recognize the Armenian genocide and stop folding in the face of Turkish pressure.”

Former Likud minister MK Gideon Sa’ar also called for recognition, tweeting on Wednesday that he “welcome[d] the moral and principled stance of the US House of Representatives in recognizing the mass killing of #Armenians 100 years ago as #genocide. Israel should make similarly clear its recognition of this terrible atrocity.”

Despite repeated opposition by the Likud party, there are individual Likud MKs who support recognition. In 2016, Knesset Speaker Yuli Edelstein urged Israel to recognize the Armenian genocide, despite the friction that might cause in ties with Turkey.

“We must not ignore, belittle or deny this terrible genocide,” Edelstein declared as the Knesset marked the 1915 mass killing. “We must disconnect the current interests, bound to this time and place, and the difficult past, of which this dark chapter is a part.”

President Reuven Rivlin, who was one of the most outspoken advocates for recognition of the genocide during his time as Knesset speaker, eschewed using the term during the centenary commemoration in 2015, disappointing Armenian leaders. He used it, however, several weeks earlier at a different event.

In May, Knesset lawmakers voted to debate the recognition of the Armenian genocide in the parliament chamber. The debate came as relations between Israel and Turkey soured dramatically in the aftermath of clashes on the Israel-Gaza border in which dozens of Palestinians were killed, leading to a diplomatic spat that saw the ambassadors and consuls general of both countries expelled or withdrawn to their respective countries.

The issue of recognition of the Armenian genocide is raised every year in the Knesset, usually in the form of proposed legislation rather than a call for a debate, and has been knocked down by sitting governments annually since 1989, when MK Yair Tzaban first brought it to the floor.

Israel’s refusal thus far to formally recognize the Armenian slaughter as genocide is based on geopolitical and strategic considerations, primary among them its relations with Turkey.

In June, a full plenum debate on the issue was postponed until after Turkish elections. A ministerial debate on recognizing the genocide was also delayed at Prime Minister Benjamin Netanyahu’s request after the Foreign Ministry advised the initiative could aid Turkish President Recep Tayyip Erdogan in elections.