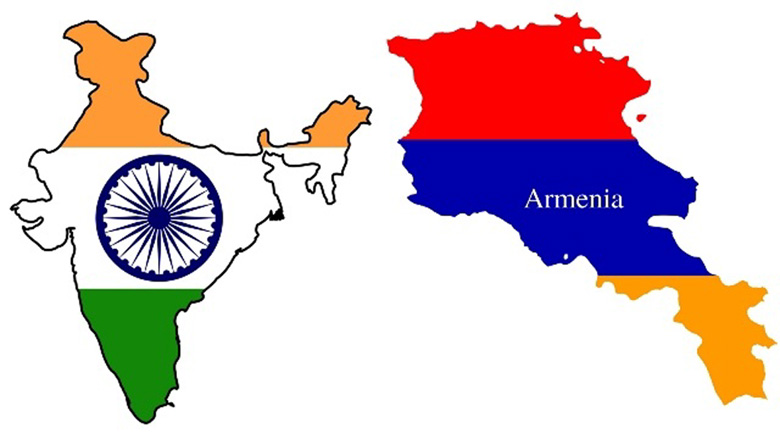 International relations expert Nvard Chalikyan and Doctorate researcher Paul Antonopoulos have  published an article on the website of Chanakya Forum, exploring the  prospects of the Armenian-Indian partnership after the recent war in Nagorno-Karabakh and the new geopolitical reality in the South Caucasus. The authors insist that India and Armenia are natural allies, with a lot of untapped potential for cooperation on issues of mutual interest and there is also a potential of developing cooperation in infrastructure projects, military, IT and other sectors.

The authors specifically point to the proposed infrastructure project of New Delhi connecting the southeastern Iranian port of Chabahar and the Indian Ocean with Eurasia and Helsinki through the territory of Armenia. They stress the Importance of Including Armenia into International North-South Transport Corridor Project as the  project has a potential of bringing forth a major change in the region in favor of Armenia – a scenario which is strategically important for Iran also, whose interests align with those of Armenia.

“By getting involved in this project, Armenia will connect Iran’s Chabahar port with Europe (all the way to Scandinavia) via Russia, and Greece via the Black Sea and Bulgaria. This will make Armenia a player in international trade routes and attract foreign investments in its road and railway projects,” the authors say.

Speaking of the geopolitical and economic benefits of the project, the authors add: “Chabahar’s link with Armenia will not only allow Indian products to reach European markets, but also increase the geopolitical value of the port by allowing it to also be used against Turkey and its aspirations for regional hegemony. The creation of an economic corridor in Armenia’s Syunik province from North to South, as opposed to Turkish-Azeri corridor from East to West, can well end the joint Turkish-Azerbaijani ambition to consume Syunik province from Armenia and have a contiguous Turkic economic corridor at the expense of Armenian sovereignty. Both Iran and India will have an additional vested interest in defending this region from Turkish-Azeri control.”

The full article is avaiable on the website of Chanakya Forum.