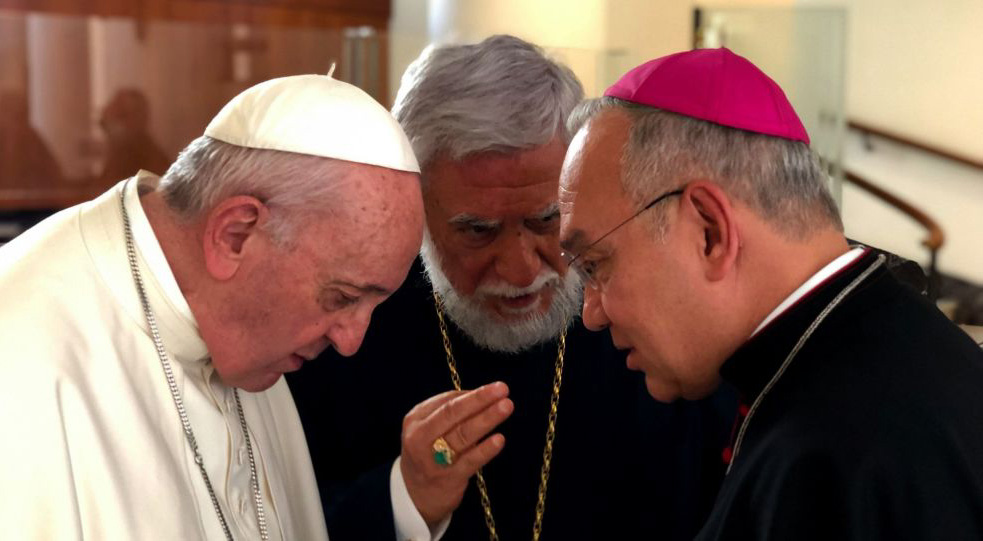 Armradio – His Holiness Aram I, Catholicos of the Great House of Cilicia, has spoken about the consequences of Artsakh War, especially the return of Armenian captives, with His Holiness Pope Francis.

The conversation was held on the sidelines of the meeting of Lebanon’s religions leaders in the Vatican.

His Holiness reminded that Azerbaijan’s illegal approach to prisoners of war goes counter to the provisions of international law. Catholicos Aram I expressed his warm gratitude to His Holiness Pope Francis for addressing the issue of captives and asked him to raise the issue again at a convenient time to contribute to the return of the captives as soon as possible.

His Holiness briefed the Ambassador of the Republic of Armenia to the Vatican Garen Nazarian on the above-mentioned meetings.