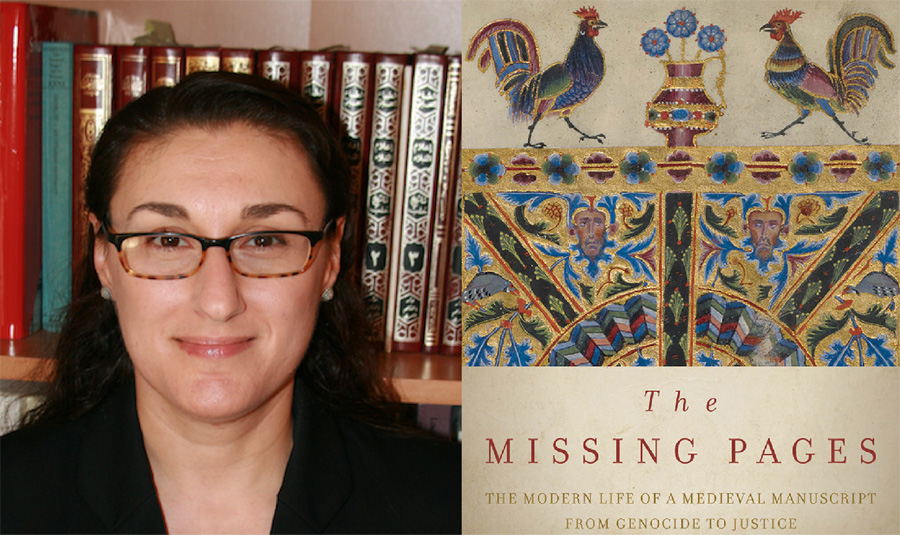 University of California, Davis, Art History Professor Heghnar Zeitlian Watenpaugh is awarded the Gold Prize (tie w/ Inazo Nitobe) in World History category for her book The Missing Pages: The Modern Life of a Medieval Manuscript, from Genocide to Justice (Stanford U. Press). The book was also the Winner of the 2019 Der Mugrdechian Armenian Studies Book Award, sponsored by the Society for Armenian Studies (SAS).

The Missing Pages: The Modern Life of a Medieval Manuscript, from Genocide to Justice, by Heghnar Zeitlian Watenpaugh (Stanford University Press)

BRONZE: A Response to Enslavement: Playing Their Way to Virtue, by Peter A. Roberts”(University of the West Indies Press)

Independent Publisher awards books since 1996 and defines independent as follows “independently owned and operated; operated by a foundation or university; long-time independents that became incorporated but operate autonomously and publish fewer than 50 titles a year.”

The entire list of the 2020 awards can be found here

In “The Missing Pages,” Heghnar Zeitlian Watenpaugh reconstructs the life of the Zeytun Gospel from the medieval period until its final destination in the J. Paul Getty Museum. Through an analysis of the biography of the manuscript, she tells the larger story of the Armenians and the suffering they endured during the Armenian Genocide, and its aftermath. Following the journey of the missing pages of the manuscript, Zeitlian Watenpaugh weaves together a beautiful story of an art work from resilience to the will to survive extermination against all odds.

Heghnar Zeitlian Watenpaugh is Professor of Art History at the University of California, Davis. She is the award-winning author of “The Image of an Ottoman City: Architecture in Aleppo” (2004). Her writing has also appeared in the Huffington Post and the Los Angeles Times.