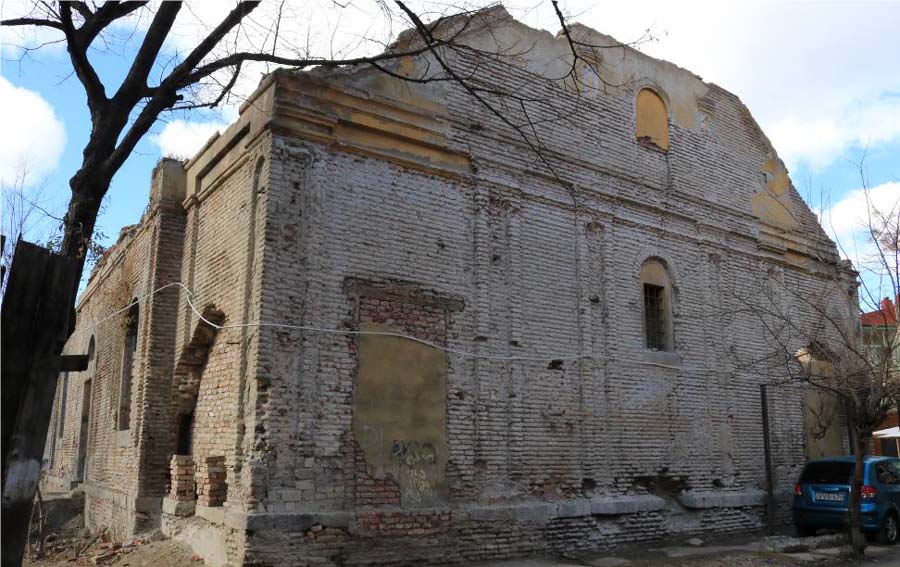 “The Georgian Patriarchate wants to build a completely new Georgian Orthodox church on the site,” said Eto Gvritishvili, a lawyer with the Human Rights Education and Monitoring Center (EMC)

PanARMENIAN – The Georgian Orthodox Patriarchate has launched construction work at Tandoyants Armenian Church in Tbilisi and is allegedly planning to build a completely new Georgian Orthodox church on the site, an article by Caucasus analysts Neil Hauer and Bradley Jardine reveals in Eurasianet.

Tandoyants was once testimony to the significant Armenian population in Tbilisi. But after decades of neglect, first by Soviet authorities and then by Georgian ones, the church today barely exists. Last November, some in Tbilisi’s Armenian community noticed that construction work had begun on the site of the church, which the Armenian Diocese of Georgia has long claimed as its own.

Cultural activists filed a request for information with the National Agency of State Property later that month and discovered that Tandoyants had been gifted to the Georgian Orthodox Patriarchate the previous July, according to the article published on Eurasianet.org.

“The Georgian Patriarchate wants to build a completely new Georgian Orthodox church on the site,” said Eto Gvritishvili, a lawyer with the Human Rights Education and Monitoring Center (EMC), an NGO now engaged in a legal battle over the ownership of Tandoyants. “They claim it is a historic Georgian site.” By way of justification, the official Georgian church claim cites 19th-century documents indicates that Tandoyants stands on the ground previously occupied by a small Georgian church, destroyed by the Persian emperor Shah Abbas in 1622.

In disputing the origins of Tandoyants, the Georgian church has placed blame on a familiar bugbear in Georgian politics. “They [the Georgian Patriarchate] admit that the current church is Armenian, but they claim that it replaced a Georgian church after Russian imperial authorities gave the land to Armenians in the 19th century,” Gvritishvili said.

The official stance of the Diocese of the Armenian Apostolic Holy Orthodox Church in Georgia is that Tandoyants was “illegally transferred” to the Georgian Patriarchate last year.

Tandoyants is not the only historic Armenian church the Georgian Patriarchate has targeted. In fact, there are at least six others the Patriarchate has its sights set on, according to EMC. One is Shamkoretsots in Tbilisi’s historic Armenian quarter, Avlabari. Its condition slowly deteriorated over the decades until a 1989 earthquake shattered the cupola, destroying the iconic dome. The Armenian church has been denied access to the Church of Norashen too. An Armenian attempt to clean the interior several years ago was halted by the Georgian church. But the Georgian Patriarchate has said nothing about ongoing construction adjacent to Norashen which risks damaging the building.

Perhaps the most famous case is that of Sameba Cathedral. Constructed to be the home cathedral of the Georgian Patriarchate, it was built between 1995 and 2004 on the ruins of an older site: the Khojivank Pantheon, an Armenian cemetery from the 17th century. Many gravestones were simply discarded in the process.