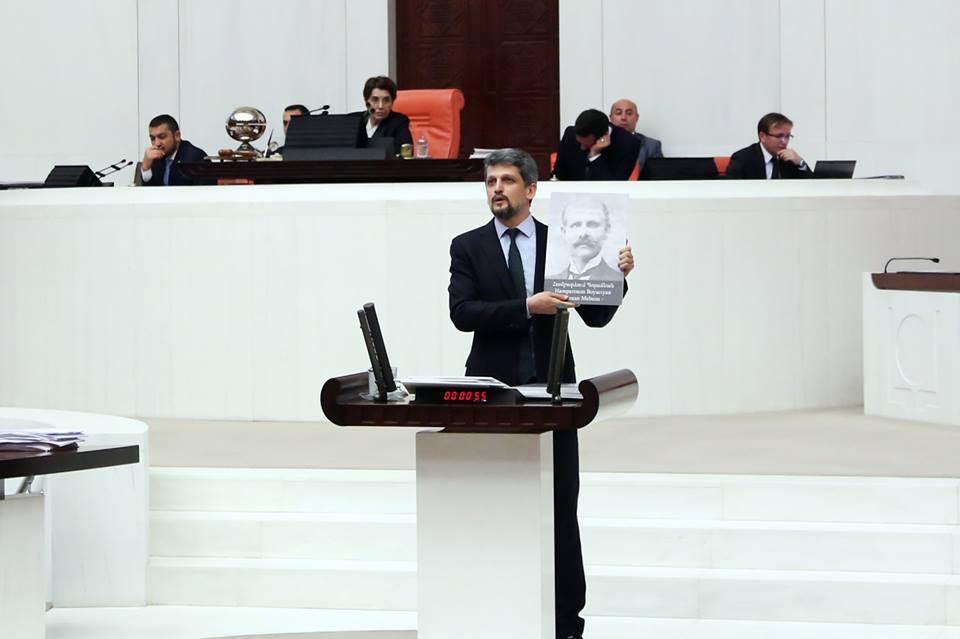 “April 24, 1915 was the starting day of the Great Calamity of the Armenian people,” Paylan said during a statement at the parliament.

“The Armenian people were exiled en masse from their homeland, country, towns and cities and a vast majority of them were massacred on the migration routes,” he added.

“Orphans like my grandmother survived this massacre. Those orphans have been seeking justice for 106 years. My grandmother passed from this world without being able to see justice done,” Paylan stated.

“My father, who was from the second generation, also lost his life without seeing justice done. As a third-generation Armenian of Turkey, I’m seeking justice in Turkey, at the Grand National Assembly of Turkey,” he noted.

The law proposal Paylan submitted stipulates the recognition of the genocide, removal of the names of the perpetrators of the genocide from public places and a change in the citizenship law.

Paylan noted that while parliaments of many countries in the world have recognized the expulsion of Armenians as a genocide, what really matters is the recognition by Turkey’s parliament.