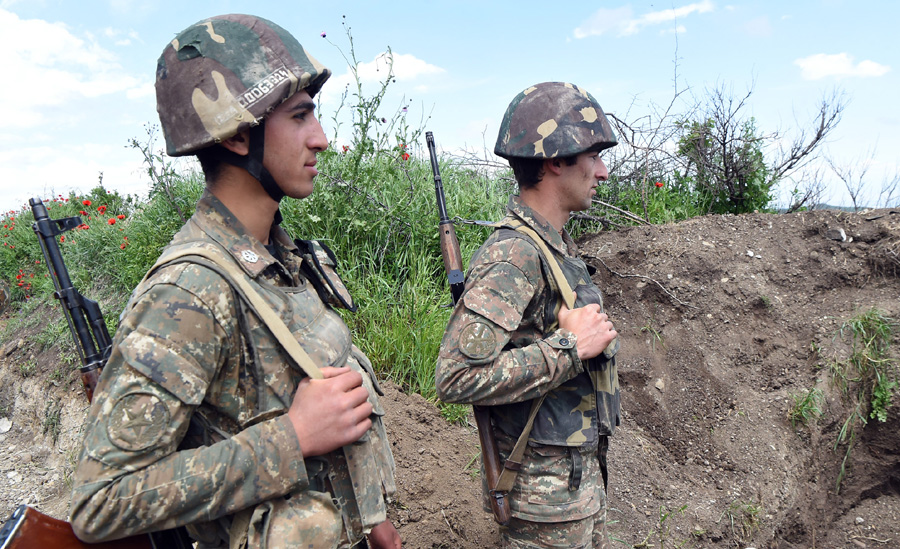 (Armenpress) – Prime Minister Nikol Pashinyan reaffirmed that wages in the military will be raised starting July 2019. The PM was speaking at a press conference today on the occasion of his first year in office and was presenting 100 changes that took place during the period. He said the salaries of Privates will be increased by 20%, while soldiers serving in special conditions will receive a 30% raise.

He also noted that the Government has provided 5,7 billion drams from the reserve fund for solving the housing issue of military pensioners.

“The number of conscripted soldiers serving combat shifts has been reduced by nearly 700. They have been substituted by contract servicemen. Police troops are participating in the patrol of the Armenian-Azerbaijani state border and have their designated bases,” he said.

136 new modern video surveillance devices have been installed along the border.

Pashinyan noted that the military’s diet has been changed and added with new products by studying the food preferences of servicemen. Improvements in uniforms are also expected.

“Conscripted servicemen have been allowed to keep mobile phones to have constant contact with their families,” he said.

Speaking about other achievements and changes during the 1st year in office, he noted that Armenia has began the process of acquiring the SU-30 SM Russian multi-role fighter jets. “I am saying this publicly because it is already a known fact. I can’t say anything else about the acquisition of other armaments and equipment”.

Among other reforms, he noted that the military insurance fund has expanded coverage and is compensating also for the period from 2008 to 2016. “As a result, an additional 339 beneficiaries will receive monthly 100-400 thousand in compensations”. The insurance fund was covering only incidents that took place after 2016 December 30 before the Pashinyan government.

Pashinyan noted that 107 servicemen have received free housing, and an additional 410 apartments have been donated to families of killed servicemen and other beneficiaries.