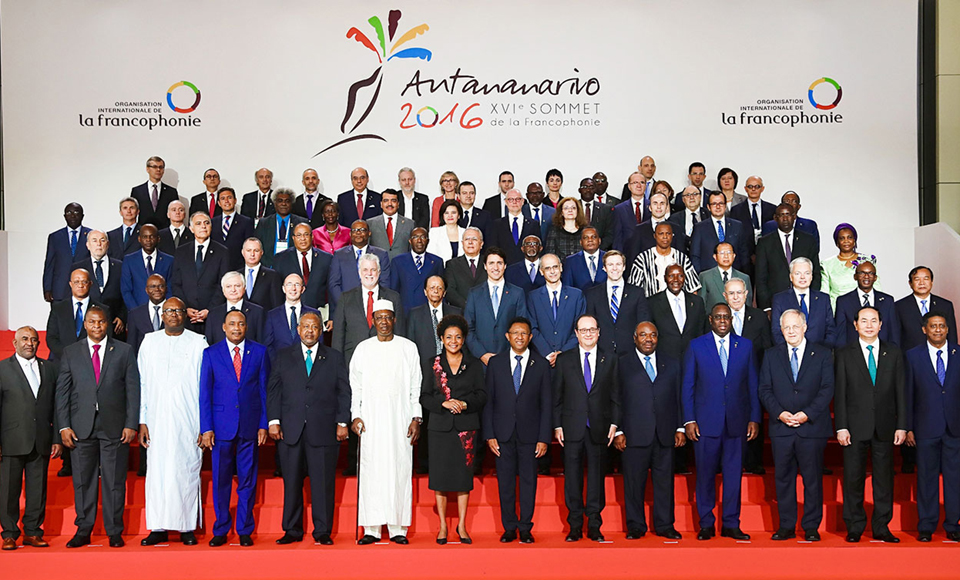 Last week, Prime Minister Nikol Pashinyan surprised many when he addressed a delegation from the Organisation Internationale de la Francophonie (OIF), in perfect French. The envoys, headed by Secretary-General Michaëlle Jean, were in town ahead of the upcoming Francophonie Summit, which is scheduled to be held for the first time in Yerevan in October. The event, which has already received RSVPs from French President Emmanuel Macron and Canadian Prime Minister Justin Trudeau, among many other high ranking dignitaries, offers a unique chance for this post-Velvet Armenia to shine.

The OIF, which was initially created as a platform to promote the use of the French language and cultural affinities, has since developed its mission to include the promotion of human rights,  sustainable development, gender equality, support for entrepreneurship and so on, mostly in the form of technical, financial and political support from the North American and European Members to its African member-states.

A full fledged member of the OIF since 2008, Armenia was one of the first non-francophone countries to be granted such an honour. Still, one wonders: Why would the highest authority in the French-speaking world hold its biennial summit in Armenia, a country which has never appeared in the roster of France’s colonial territories, contains no substantial native French-speaking population, and maintains minimal economic, cultural, and political ties with the rest of the Francophone World?

As it turns out, beloved French-Armenian musician Charles Aznavour is just the tip of the iceberg when it comes to warm ties between the two countries. Reasons for the modern geopolitical affiliations are partly historical and date back as far as the Crusades. Leo V, for example, the last King of Armenia, himself of partial Frankish descent, lies buried within the walls of the St-Denis Basilica in Paris. 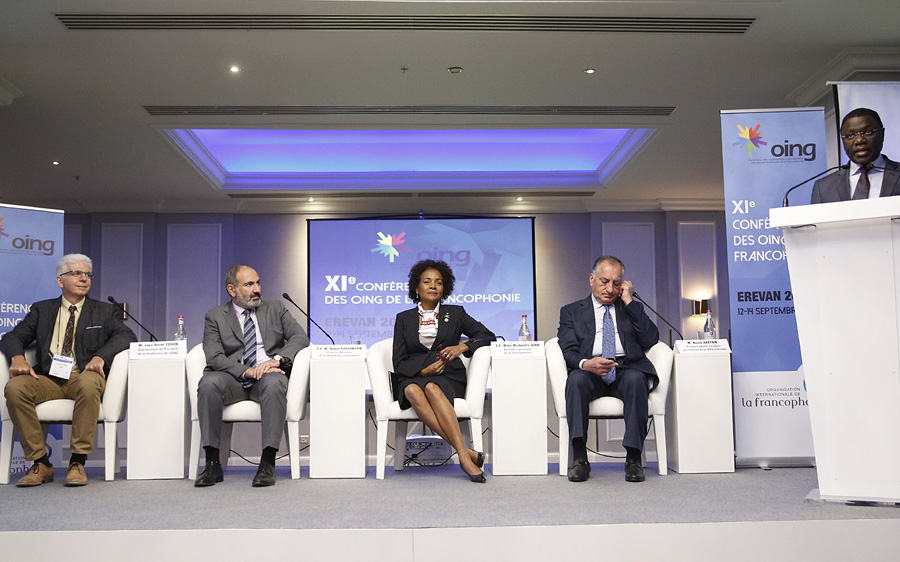 During World War I, Armenian legionaries helped the French liberate parts of the Levant from Ottoman occupation. As the world approached the period of national awareness that characterized the 20th century, Armenia and France have maintained modern diplomatic, political, and trade channels. Today, France enjoys the wealth of cultural, economic and political contributions by a a half-a-million strong community of Armenian Diasporans.

In the context of the theme for this year’s summit, “Vivre ensemble” (Live together), member states will be presenting their experience on combating radicalisation and violent extremism, as many french-speaking africa nations are currently plagued by the arrival of groups like ISIS, Al-Qaeda and Boko Haram. Delegates will also be expected to discuss ways to promote gender equality across the francophone speaking world, by adopting a women’s empowerment strategy championed by the Quebec government. Armenia will also be assuming the presidency at the end of the summit for the next two years, giving the country a prominent role in the international affairs of the francosphere.

Though the OIF’s mission may seem deliberately vague and self-flattering, the 58-member international group’s summits can also serve as a platform with an amplified global reach. With these summits attracting heads of state from Canada, France, Switzerland, Belgium and others, meetings on the sidelines usually involve economic cooperation, agreements between business delegations, and so forth.

Hosting the Francophonie Summit presents an opportunity that Armenia cannot afford to squander. Seldom, if ever, do international conferences of this magnitude and importance land in Yerevan.

Hosting the Francophonie Summit presents an opportunity that Armenia cannot afford to squander. Seldom, if ever, do international conferences of this magnitude and importance land in Yerevan. For the freshly inaugurated PM Pashinyan, the summit will serve to showcase the country’s progress on the international stage following the events of the Velvet Revolution. Over the course of a weekend in October, Yerevan will be transformed into the capital city of the french-speaking world. The streets will be filled with camera crews, journalists, diplomats, and representatives of major corporations looking to sign MOUs.

According to Frédéric Dufour, the Québec Government’s envoy for the Sommet de la Francophonie, who is currently in Yerevan overseeing the final preparations, Armenia should aim to “strategically position itself in the Francophone space,” which includes 84 member states and observer states across the globe. He supported the idea that the summit would present Armenia with an incredible opportunity to lift its global standing, strengthen bilateral relations with some of the most prominent member-states, develop cultural ties within the Francophone community, and highlight the many contributions by Armenians to Francophone culture.

Dufour also wishes to inform readers of the Weekly that Quebec, like New England, is home to a large Armenian community, which has greatly contributed to the province’s development. The Quebec Government maintains a representation in Boston which can also serve to enhance cooperation between the Armenian communities of New England and Quebec.

International business delegations will also be looking for opportunities to invest in the country, a fact which Mr. Pashinyan should be particularly attentive to, given the country’s dire need of Foreign Direct Investment. Armenia can also benefit from cooperation in the development of green energy production in the country. The Canadian Province of Quebec, which produces 97% of its energy through sustainable means, has expressed interest in solar and wind farms in Armenia. With plastic waste reduction featuring prominently on the OIF’s agenda, Armenia, which has recently announced its own ‘war on plastic’, may find a reliable international partner.

The forum will also serve as a chance to showcase the innovations that Armenia has to offer the World. The always-impressive TUMO centre, for instance, which is opening its first branch in Paris this week, can serve as a model for the teaching of modern creative job skills across the Francophonie.

Trust your faithful Canadian-Armenian author when he says that Armenia’s entry into the OIF is a big deal, which is why it’s worrying that Yerevan has yet to fully tap into this resource—until very recently. A pet project of former Foreign Minister, Eduard Nalbandian, a noted Francophile, the president usually chose to skip the meetings in favor of lower-ranking diplomats, a surefire way to be ignored. With the Summit being held in Yerevan, Armenia will have its chance to shine.

Raffi Elliott is a Canadian-born entrepreneur and occasional journalist who likes to ramble on about socioeconomic and political issues in Armenia. He lives in Yerevan with his family. He also holds a masters degree in International Relations.