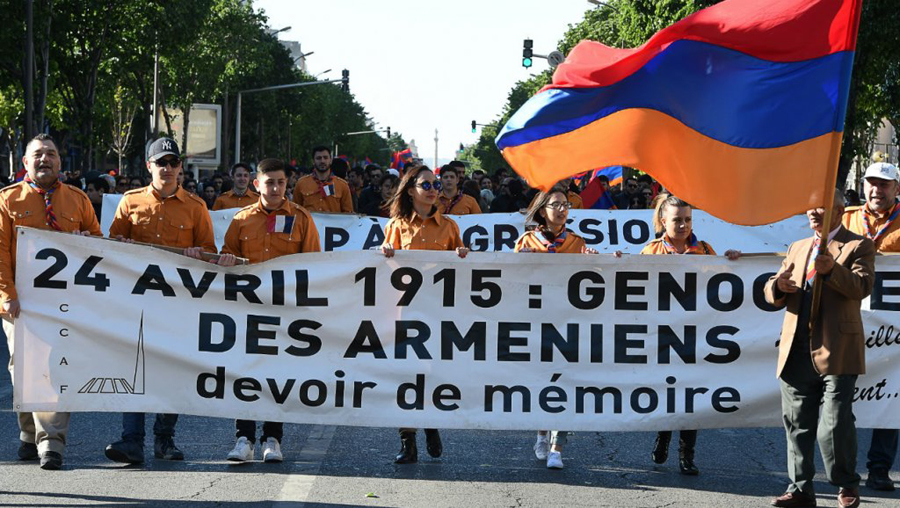 (France 24) – France is marking its first “national day of commemoration of the Armenian genocide” on Wednesday, fulfilling a pledge by President Emmanuel Macron that has angered the Turkish government.

Macron announced the commemoration at a meeting with representatives of the country’s large Armenian community in February, honouring a promise made during his 2017 presidential campaign.

“France is, first and foremost, the country that knows how to look history in the face,” he said at the time, noting that France was among the first countries to denounce the World War I slaughter of Armenians by their Ottoman rulers.

France’s recognition of the massacre as a genocide was enshrined in law in 2001, following a lengthy struggle that has strained relations with Turkey.

Macron’s announcement in February drew an angry response from Ankara, with a spokesman for Turkish President Recep Tayyip Erdogan declaring: “No one can sully our history.”

Earlier this month, Turkey also chastised the Italian parliament for approving a motion to officially recognise the killings as genocide.