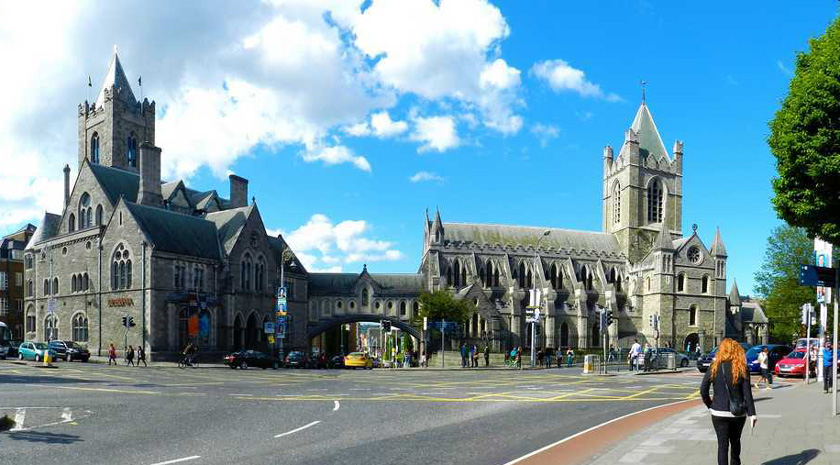 (Armradio) – An exhibition exploring the similarities between Irish High Crosses and Armenian Khachkars will run throughout May at Christchurch Cathedral, Dublin, CatholicIreland.net reports.

The photographic exhibition was formally launched last week to coincide with the 104th anniversary of the 1915 Armenian genocide.

A service of remembrance at Christchurch Cathedral was attended by the Armenian ambassador to Ireland, Dr Arman Kirakossian; the Armenian Primate in Ireland, Bishop Hovakim Manukyan, who led prayers at the Khachkar Memorial in the grounds of the cathedral; as well as Archbishop Michael Jackson of Dublin and Glendalough.

Representatives of the Methodists in Ireland, the Moderator of the Presbyterian Church, and members of the Orthodox church as well as the President of the Jewish community also attended.

The Government is being urged by the Armenian community in Ireland to recognize the 1915 genocide.