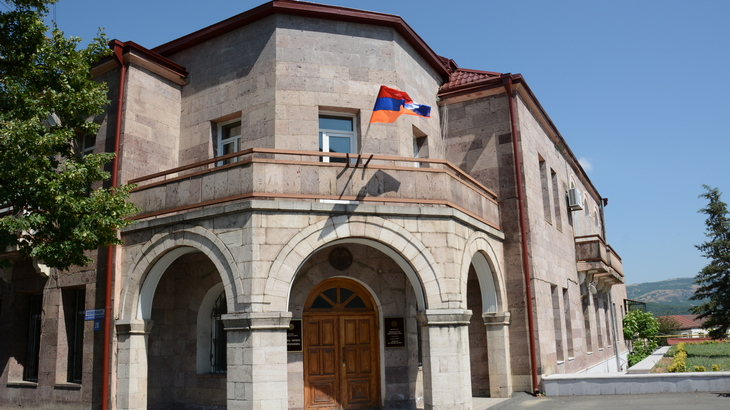 Erdogan and his family visited the historic capital of Artsakh, Shushi, accompanied by Azerbaijan President Ilham Aliyev and his family.

“The visit to the historic capital of Shushi, which was destroyed by Turkey and Azerbaijan in 1920 and 2020, is a gross violation of international law, a clear manifestation of xenophobia, genocidal and terrorist policy,” the Foreign Ministry said in a statement.

The Ministry of Foreign Affairs of the Republic of Artsakh  strongly condemns such visits to the occupied territories of Artsakh, considering them as a provocation, a clear-cut implementation of expansionist and extremist policy.

“Turkey’s provocative actions must be condemned by the international community, as such visits, the ideas, statements, agreements reached and glorification of medieval expansionist policy are a serious threat to international and regional security, a challenge to the entire civilized humanity, a blow to the reputation of all the organizations and structures, of which Turkey is a member,” the Foreign Ministry stated.