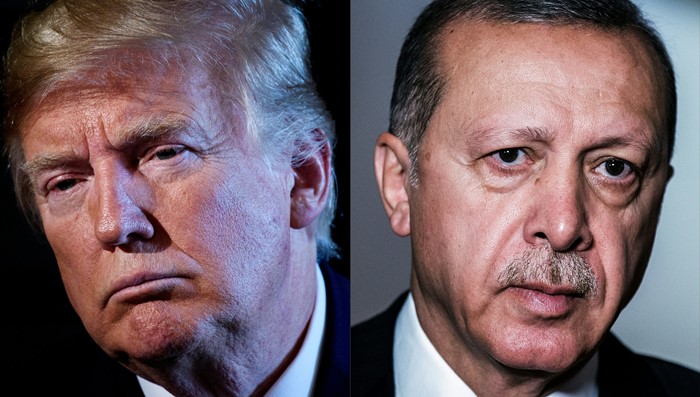 Turkish President Recep Tayyip Erdoğan on Wednesday said he has not yet decided about a visit to the US that was scheduled for Nov. 13.

“I have not yet made up my mind,” Erdoğan said. “There are question marks.”

Erdoğan’s statement came a day after the US House of Representatives voted to recognize Ottoman-era mass killings of Armenians as genocide and called for sanctions against Ankara.

Speaking to his party’s parliamentary group in Ankara, Erdoğan said the US “has no right to lecture Turkey as its own history is full of genocide and slavery.”

On Oct. 24 he told state broadcaster TRT that he would accept US President Donald Trump’s invitation for the visit.

President Trump also confirmed the visit on Oct. 8. “He is coming to the US as my guest on November 13th,” he tweeted.

The mass deportation of hundreds of thousands of Armenians at the hands of Ottoman Turks in 1915 is seen as genocide by many historians and has been recognized as such by a number of governments.

While Turkey acknowledges the death of many Armenians during World War I, it denies that the killings were systematic and premeditated and firmly rejects the label of genocide.