EAFJD: Ultimate goal of Azerbaijani-Turkish coalition is to wipe Armenia and Armenians off the map 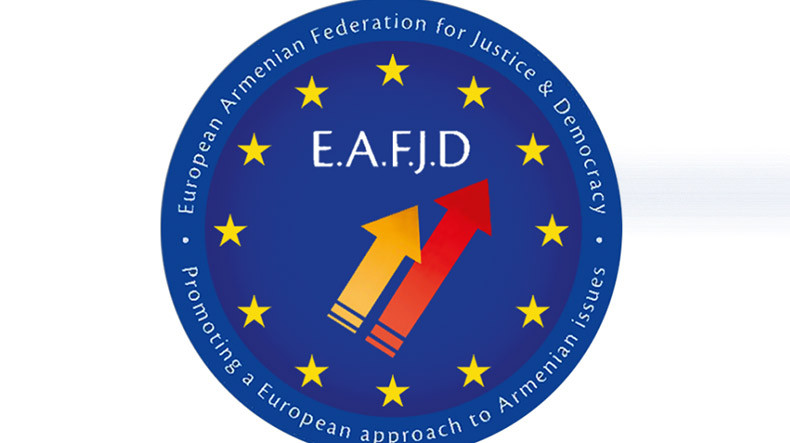 The European Armenian Federation for Justice and Democracy (EAFJD) on Wednesday issued a statement on the Azerbaijani military aggression against Armenia.

“Azerbaijan once again launched a significant military escalation on the sovereign territories of the Republic of Armenia, in the north-eastern direction, during the night of 27/28 July 2021. After the attacks on Yeraskh community, near Nakhichevan borders and Sotk village in Gegharkunik Province, this is the third time in one week that the criminal authorities of Azerbaijan have been breaching the ceasefire agreement and blatantly violating the territorial integrity of Armenia,” the EAFJD said, adding that three Armenian servicemen were killed and four others were injured while repelling the Azerbaijani attacks early on Wednesday.

“The international community, the European Union and the EU member-states must now understand once and for all that this is nothing but a new tentative to continue the anti-Armenian ethnic cleansing from which started during the 2020 war in Artsakh.

“This military aggression shows that the ultimate goal of the Azerbaijani-Turkish coalition is to wipe Armenia and Armenians off the map, executing the genocidal aspirations of dictators Aliyev and Erdogan, which were initially set more than a century ago by the Ottoman Empire.

“The EAFJD firmly condemns the latest attack and calls on the EU as well the democratic countries of the free world to unequivocally condemn the ongoing Azerbaijani aggression on the sovereign and internationally recognized territory of Armenia.

“Every possible step must be taken to immediately stop the Turkish-Azerbaijani dictatorial and aggressive tandem, emboldened by oil money, impunity and reckless “bothsidesism” which equals to supporting the oppressor.

“As EU citizens we demand and expect integrity and justice from our leadership,” the statement read.