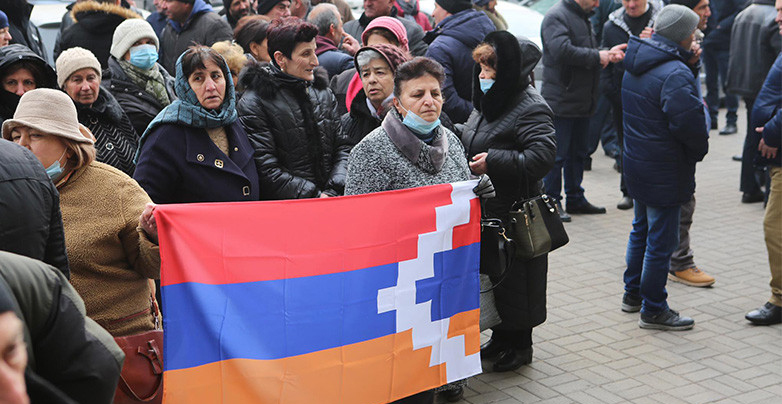 The residents displaced from their homes in Artsakh (Nagorno Karabakh) as result of the Azerbaijani aggression  held another protest on Thursday outside the UN Office in Yerevan.

“We demand the return of the occupied territories of Artsakh. Those, who claim that we should get back at least Shushi and Hadrut, do not respect the right to the free will of the Artsakh population. The Artsakh people established their own Republic and demand its legal-political recognition, which has not always been acknowledged even by Armenia’s subsequent authorities,” one of the participants of the protest said during the rally.

The protest participants believe that all their issues can be solved through return of territories occupied by Azerbaijan and when they are back to their homes.

“Our issue will be solved when Hadrut, Qashatagh, Shahumyan, Qarvachar, Shushi are de-occupied. Our authorities should be deeply involved in addressing this matter. However, they are talking about anything except the core issue – the return of Artsakh,” another participant noted.