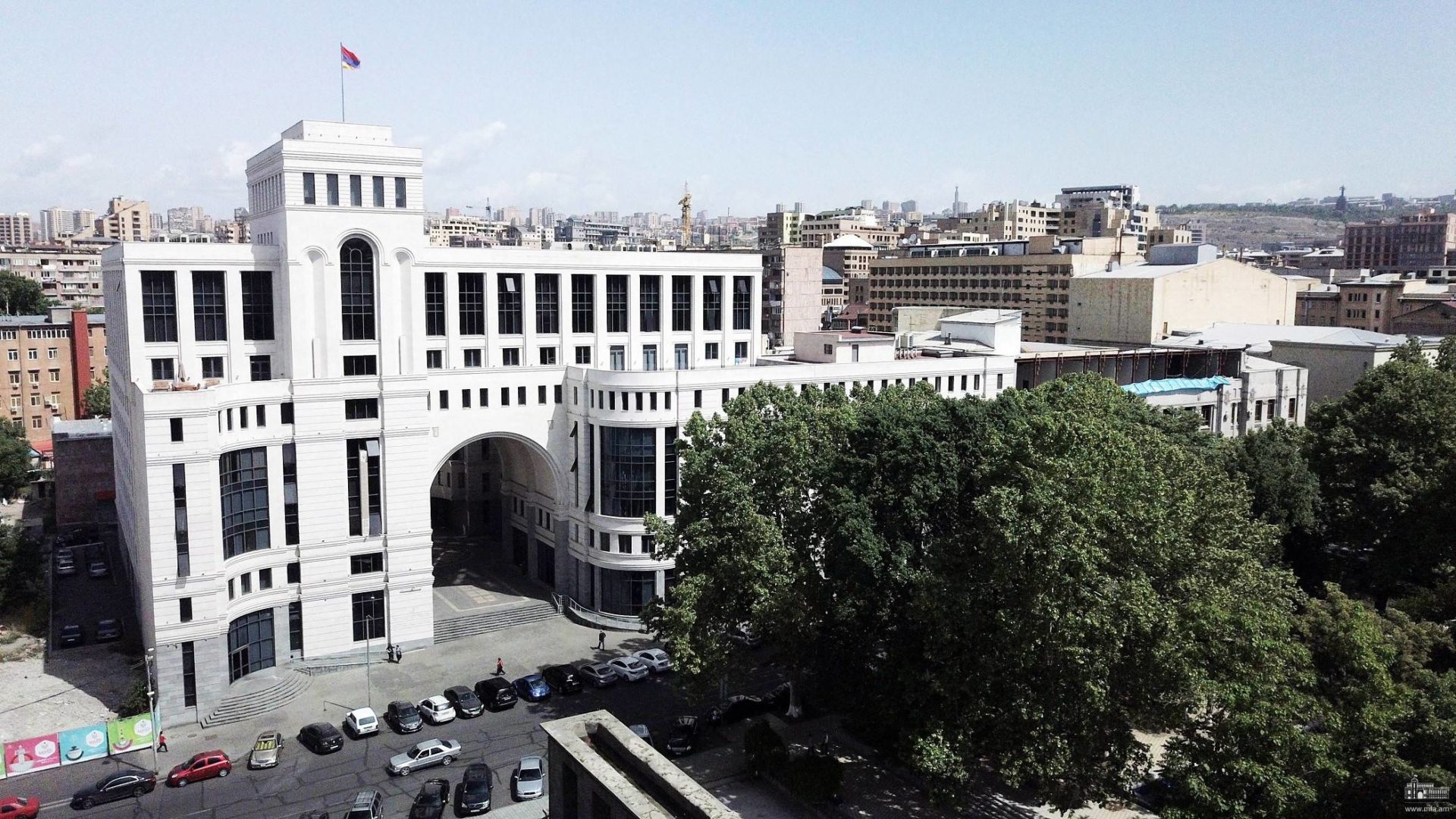 Armradio – The declaration signed by the Presidents of Turkey and Azerbaijan in the occupied city of Shushi, as well as the remarks made by the President of Turkey in the Parliament of Azerbaijan are equally deplorable and provocative, the Armenian Ministry of Foreign Affairs said in a statement.

“Although one of the provisions of the Turkish-Azerbaijani declaration states that the document is not directed against a third party, its entire content, nevertheless, targets the Armenian people. It clearly reveals that the two states, which launched a 44-day aggression against the Republic of Artsakh, made an alliance against the self-determination of the people of Artsakh, the territorial integrity of the Republic of Armenia, and the rights of the Armenian people around the world who survived the genocide,” the Ministry said.

“The “Zangezur corridor” expression used in the declaration proves that Turkey and Azerbaijan, encouraged by the impunity of their joint aggression and mass atrocities committed against the people of Artsakh, are now making public agreements against the territorial integrity and sovereignty of the Republic of Armenia. The agreement of the two states to fight against the international recognition of the Armenian Genocide is equally worrying,” it added.

“It is noteworthy that this declaration is based not on the UN Charter or the comprehensive and indivisible concept of security of the OSCE, but on their approach of “kinship security”, which is promoted as the principle of unification of the “Turkic world.” Amid such an Armenophobic context, the proposals of the President of Turkey voiced in the Parliament of Azerbaijan on creating a platform for regional cooperation are hypocritical and misleading,” the statement reads.

“The public agreements of the Presidents of Turkey and Azerbaijan contain not only genocidal threats against the Armenian people in the region, but also a serious challenge for all countries interested in international and regional peace and security, that necessitates close cooperation among all these countries,” the Foreign Ministry stated.

“The situation deriving from the use of force and aggression against the people of Artsakh cannot become a basis for lasting peace, just as various made-up Turkish-Azerbaijani initiatives in Shushi cannot alienate this Armenian cultural center from Artsakh and the Armenian people,” it concluded.