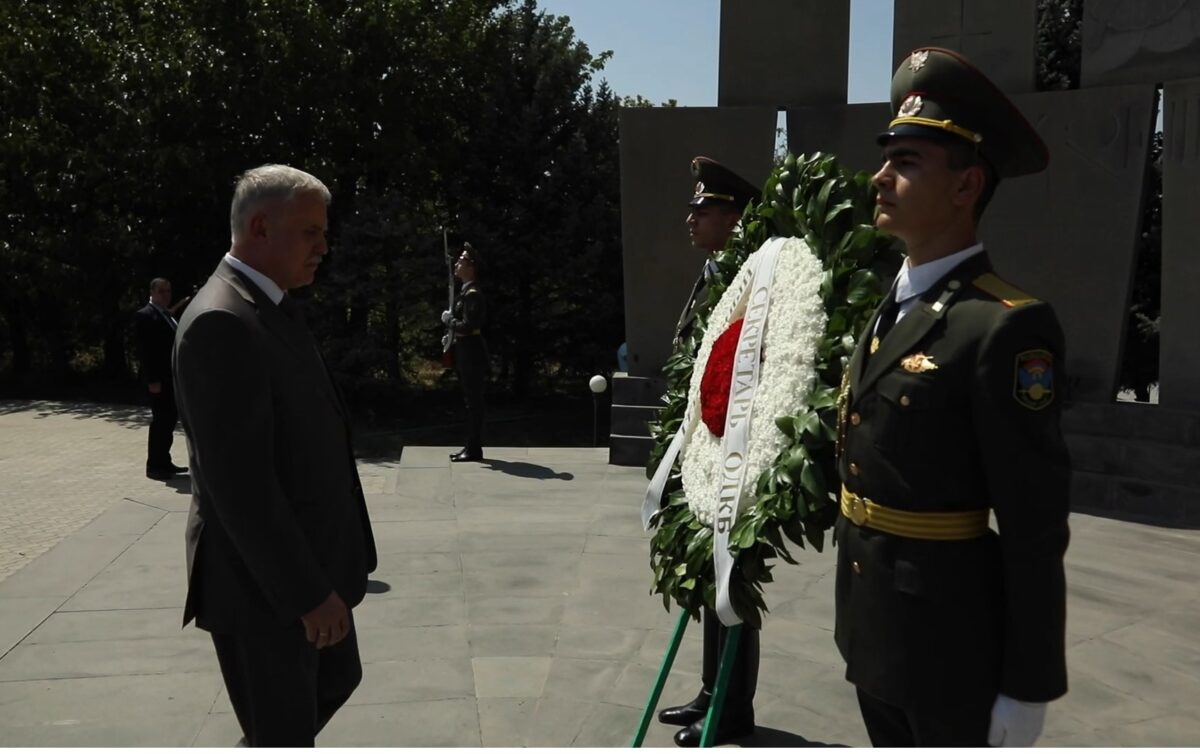 The CSTO chief laid a wreath at the memorial and paid tribute the memory of the Armenian servicemen resting at the pantheon.

Zas is on a two-day working trip in Armenia. He has already met with the acting Foreign Minister, the Defense Minister and the Security Council Bureau Head.