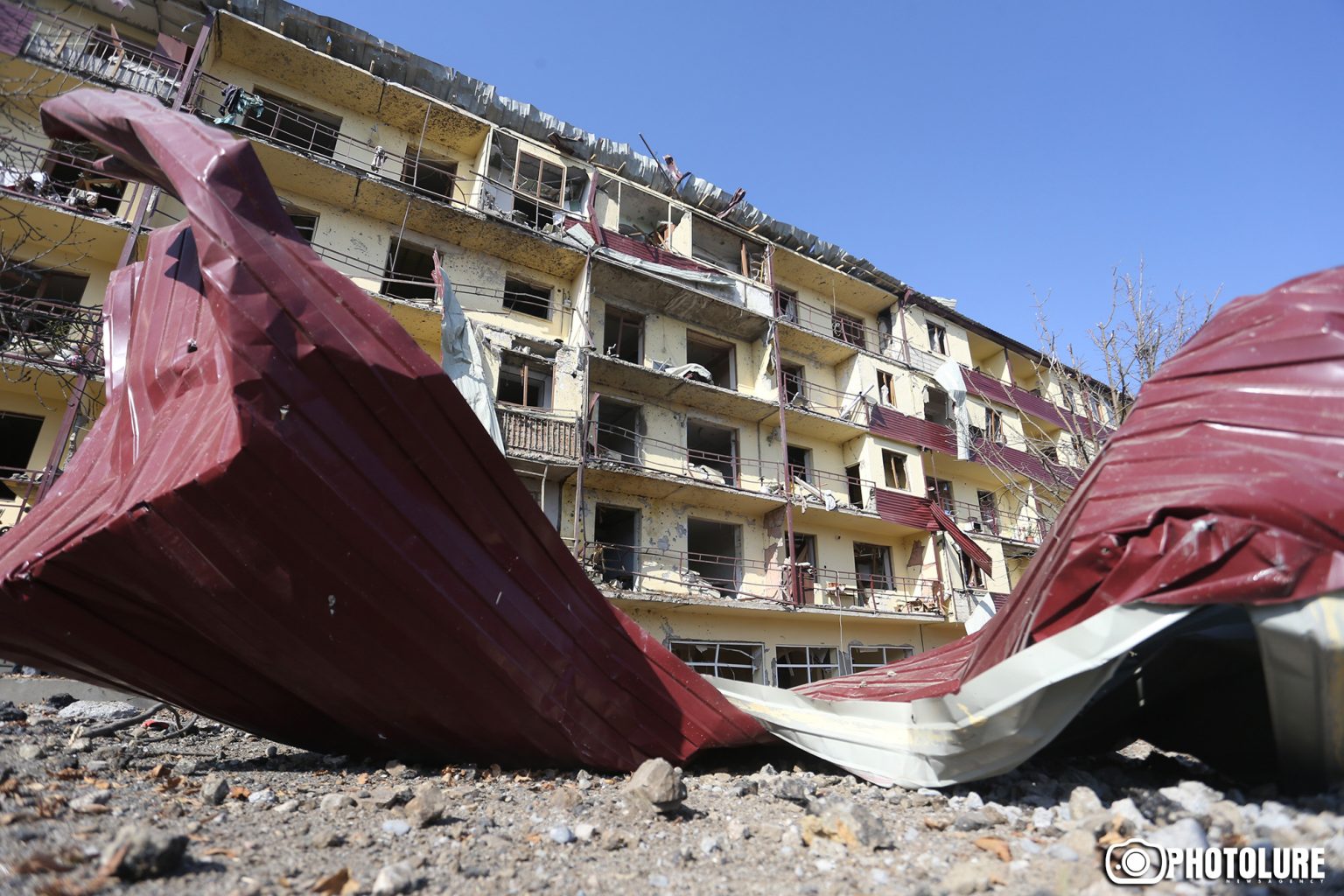 During the day, the peaceful settlements of Artsakh were targeted by enemy forces, the State Service for Emergency Situations informs.

At dawn, Stepanakert was shelled. One residential house was completely destroyed. The owner of the house and the neighbor were injured. The gas pipe and electric wires of one car were damaged.

In the afternoon, rockets were fired from the Smerch heavy multiple rocket launcher in the direction of the capital.

In the afternoon, Azerbaijan shelled the fortress city of Shushi. Casualties among civilians are reported. The enemy has caused material damage to the civilian population.

Military aircraft was used to bomb the cities of Askeran, Martakert and Martuni. No casualties are reported. The airstrikes have caused many destructions in the cities and nearby settlements.

The air-raid sirens were activated several times in almost all settlements today.