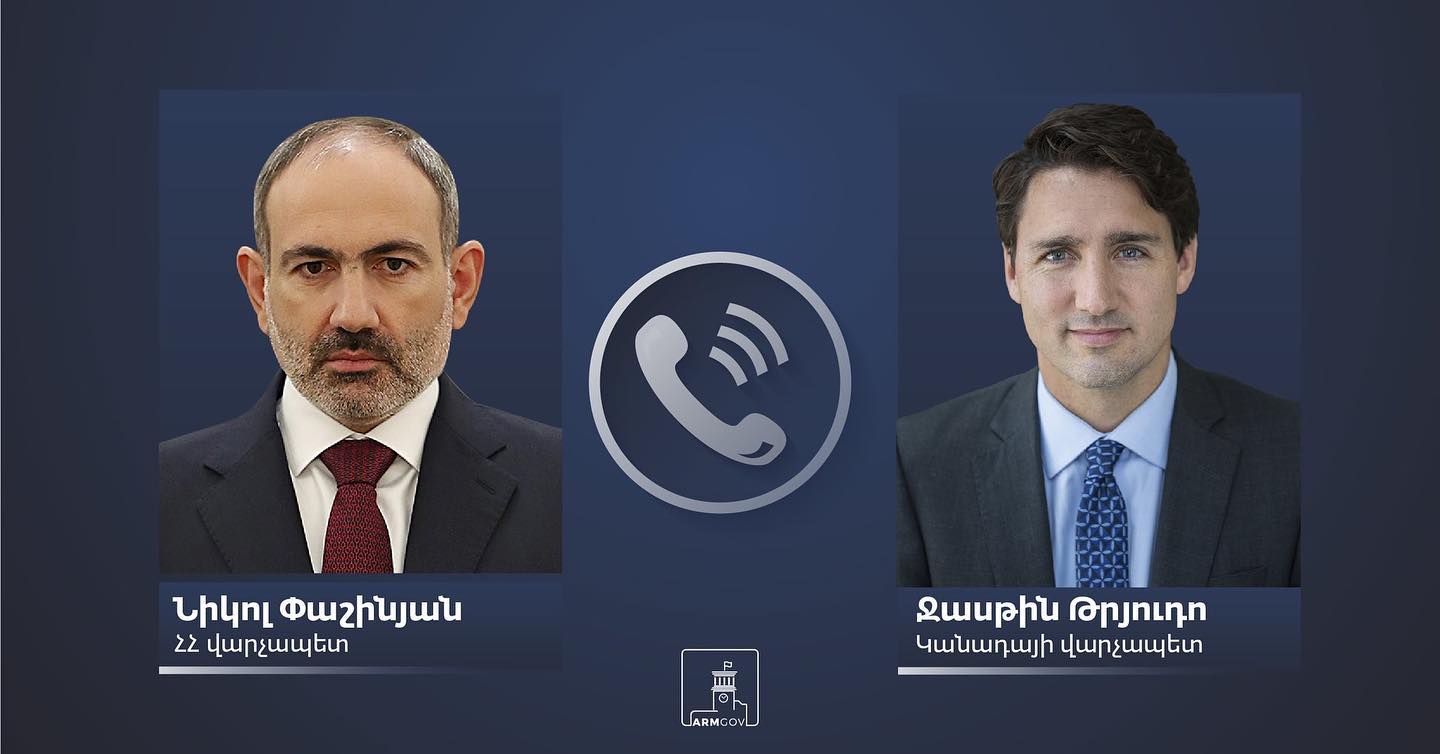 Prime Minister Nikol Pashinyan gave details of the ongoing hostilities in Artsakh and briefed his counterpart on the overall situation in the region. He called Prime Minister Trudeau’s attention to Turkey’s destructive involvement in hostilities and the unacceptable aspiration to impose its influence in the South Caucasus.

Nikol Pashinyan thanked Canada for suspending the export of military goods to Turkey. The fundamental importance of ensuring free exercise of the right of nations to self-determination in the settlement of the Nagorno-Karabakh conflict was emphasized during the talks.

Deeply concerned about the recent developments in the conflict zone, the Prime Minister of Canada stressed the need for an exclusively peaceful settlement of the conflict.
Source: Government of Armenia