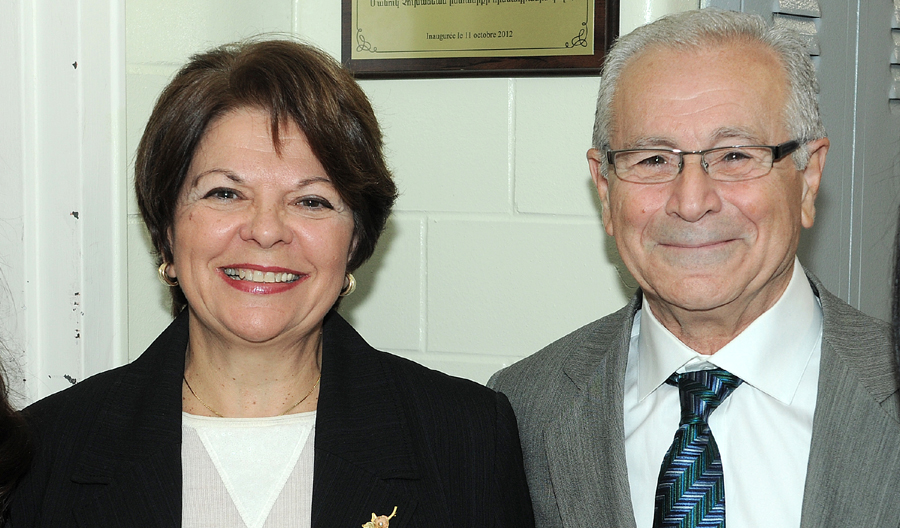 Photo: Anna Sforza Djoukhadjian with her husband, Manouk Djoukhadjian. She died in 2018 of ALS

Over 200,000 people in the world live with ALS, amongst which 3,000 are in Canada. Every year, 1,000 Canadians will be diagnosed with ALS. Because there is, to this day, no known treatment or cure, 80 percent of those living with the disease will succumb to it within the two to five years following their diagnostic.1 In Canada, ALS is the neurological disease which causes the most deaths. Every year, more Canadians die from ALS than muscular dystrophy, multiple sclerosis and cystic fibrosis put together.2

The new philanthropic research chair on ALS, the first ever in Quebec, will be financed by an endowment fund, and led by Professor Kessen Patten, a researcher in genetics and neurodegenerative diseases at the Armand-Frappier Santé Biotechnologie Research Centre of the Institut national de la recherche scientifique (INRS). Professor Patten has been leading a recognized research program which aims at developing therapeutics for ALS, since 2015.

Professor Patten’s team at the INRS will conduct research on the development and use of the zebrafish model as well as motoneuron cell culture from diagnosed patients in order to better control the disease. “Our aim is to identify potential therapeutic compounds through a method knows as phenotypic drug screening, and to translate these discoveries rapidly into human clinical trials,” explains Professor Patten.

Born in Aleppo, Syria, and of Armenian descent, Mr. Manouk Djoukhadjian arrived in Canada, after having completed his engineering studies in Germany, with the energy and will to build a better world for his family and himself, but also for the Quebecer society into which he soon made his mark as an entrepreneur and philanthropist.

Eager to give back to his adoptive country and community, Mr. Djoukhadjian decided to create in 2010 a foundation in his name, the Fondation Famille Manouk Djoukhadjian. The main goal of this endeavour was to offer financial aid to deserving young students who wished to pursue higher education but who didn’t have the means of doing so. Numerous young students have thus benefitted, and continue to benefit, from his generosity. The Foundation is based in Montreal.