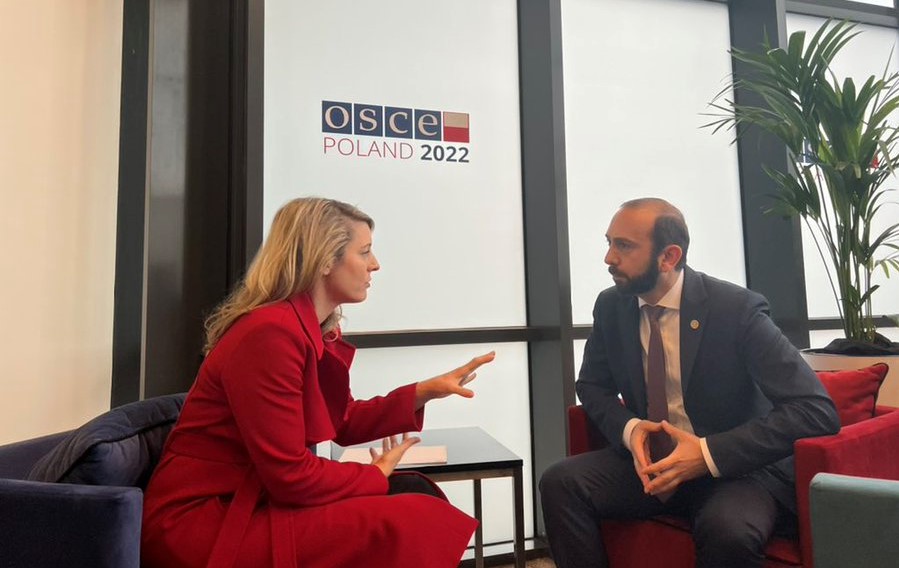 The foreign policy chiefs of the two countries met in Łódź, Poland, on the sidelines of the 29th OSCE Ministerial Council.

“I reiterated Canada’s commitment to supporting democracy in Armenia. We look forward to opening the Canadian Embassy in Yerevan to strengthen ties between our countries.,” Minister Joly said in a Twitter post following the meeting.