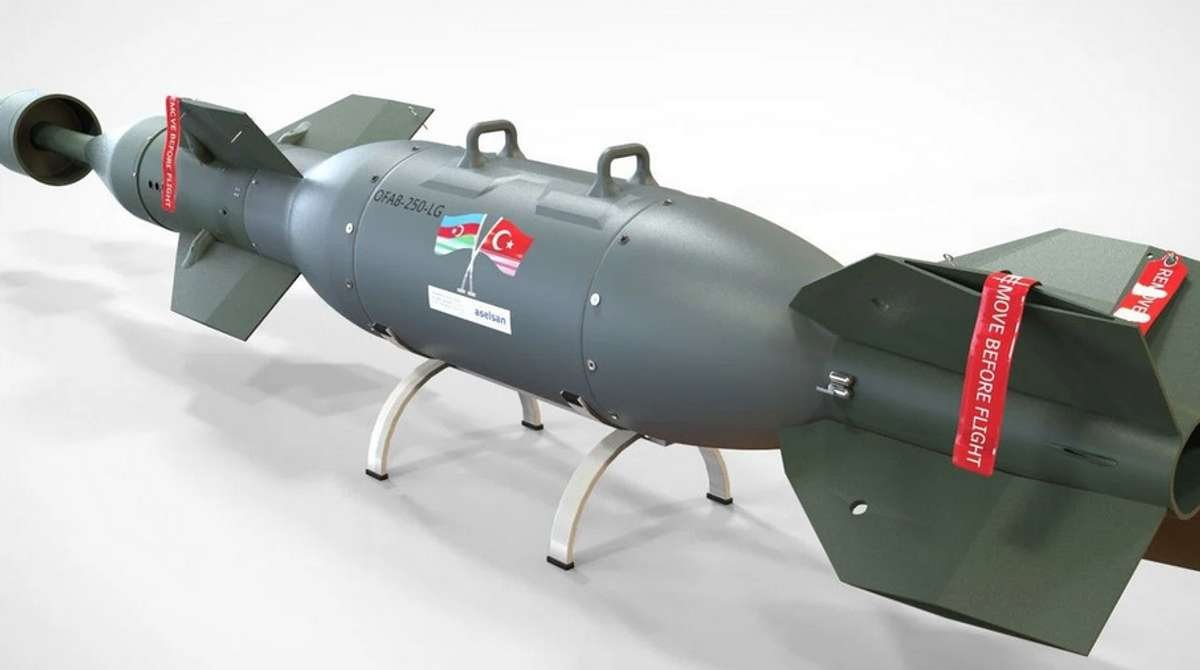 Following the outbreak of the war in Ukraine, Azerbaijan officially took a “neutral” stance and continued its “balanced act” between Russia and the West. Intending to increase its leverage over regional actors, Baku signed an “allied cooperation” agreement with Russia and later energy deals with the West, thus increasing Azerbaijan’s political and energy significance. However, Azerbaijan used this leverage and good relations with Moscow to engage in an arms deal with Ukraine.

In July 2022,  the Iraqi Sabereen News Telegram channel published classified documents which showed that on April 4, 2022, Azerbaijan supplied aviation bombs to Ukraine. The documents indicate that these arms deliveries were carried out through Sudan and Poland. By viewing the delivery waybills signed between Meridian, a Ukrainian company affiliated with the Ukrainian Ministry of Defense, and “CIHAZ,” an Azerbaijani company owned by the Azerbaijani Ministry of Defense, as well as tracking the cargo numbers, we can see that these bombs were used for Ukrainian Su-24 bombers against Russian forces.

On August 3, 2022, Armenia’s Civilnet published a report highlighting Baku’s arms trade with Kyiv. The report, citing the Telegram channel, mentioned that “CIHAZ” industrial company has supplied bombs to the Ukrainian arms trading company “Ukrspecexport.” According to the documents, the delivery was to be carried out by the Ukrainian “Meridian” airline on the route between Khartoum, the capital of Sudan, and Rzeszów, Poland.

The published documents mention 32 precision-guided bombs, each of which weighs 270 kg. Already on August 2, Ukrainian media confirmed that Azerbaijan will deliver QFAB-250 LG guided air bombs to Kyiv for Su-25 aircraft jointly developed by the Azerbaijani and Turkish “ASELSAN” arms manufacturing company. This bomb created according to NATO standards can be used by Ukrainian Su-25 bombers. Local Azerbaijani media have not reported on this yet.

It is worth mentioning that on July 29, the “Africa Intelligence” news agency presented investigative details, to a certain extent confirming the claims of the Iraqi Telegram channel. The report has raised valid questions as to how such an operation came about despite the good relations between Russia, Azerbaijan and Sudan, and how Moscow’s watchdogs in Khartoum missed such an operation. According to the source, in the period from April to June 2022, two “Boeing” airplanes owned by Ukraine International Airlines made at least 35 flights between Khartoum and Rzeszów. It should be noted that in March 2022, Western media such as the Wall Street Journal, Economist and Time, noted that the Polish city of Rzeszów, located only 60 km. from the border of Ukraine, became a major center for the supply of weapons transferred to Ukraine by NATO member states.

Civilnet refers to another source from Twitter revealing that the “Green Flag Aviation” airline belonging to the Sudanese intelligence services made 12 flights between Khartoum and Baku between April-May 2022.

However, this is not the only case – on June 17, the Ukraine Weapons Tracker Twitter page posted pictures of an Azerbaijani-made 20N5 82-mm mortar that was spotted in use by the Ukrainian army in Zaporizhzhia Oblast against Russian forces. The “20N5” has a 5 km. range. Interestingly, after the scandal, Azerbaijan announced that it has not sold such arms to Ukraine; instead, they might have been transferred to Ukraine through third countries (African and Middle Eastern). Could this third country be Sudan, and is it being used by Baku as an arms smuggling hub?

The recent escalation in Nagorno-Karabakh should be viewed from this context. Three Azerbaijani experts contacted for interviews by the Weekly just days before the escalation expressed optimism regarding the ongoing negotiations between Baku and Yerevan. Already, on July 19, the head of Armenia’s Security Council Armen Grigoryan announced that the Armenian army would withdraw from Nagorno-Karabakh soon. Just three weeks before, PM Nikol Pashinyan announced in a press briefing on June 27 that following the construction of the alternative route connecting Armenia to Artsakh, the current route passing via Berdzor city with its surrounding villages would be handed over to Azerbaijan. Thus, why the need to escalate now?

By escalating against Armenia, Baku achieved two goals. First, Baku aimed to shift the world’s, and especially Russia’s, attention from the scandal of the arms deal it is engaging in with Ukraine via Sudan and Poland. This also shows how the authorities in Azerbaijan have no respect for their soldiers’ lives and sacrifice them for their regional politics. Second, it constructed a false narrative of an “anti-terrorism” operation against “illegal Armenian armed groups,” thus aiming to delegitimize and disband the Nagorno-Karabakh self-defense army.