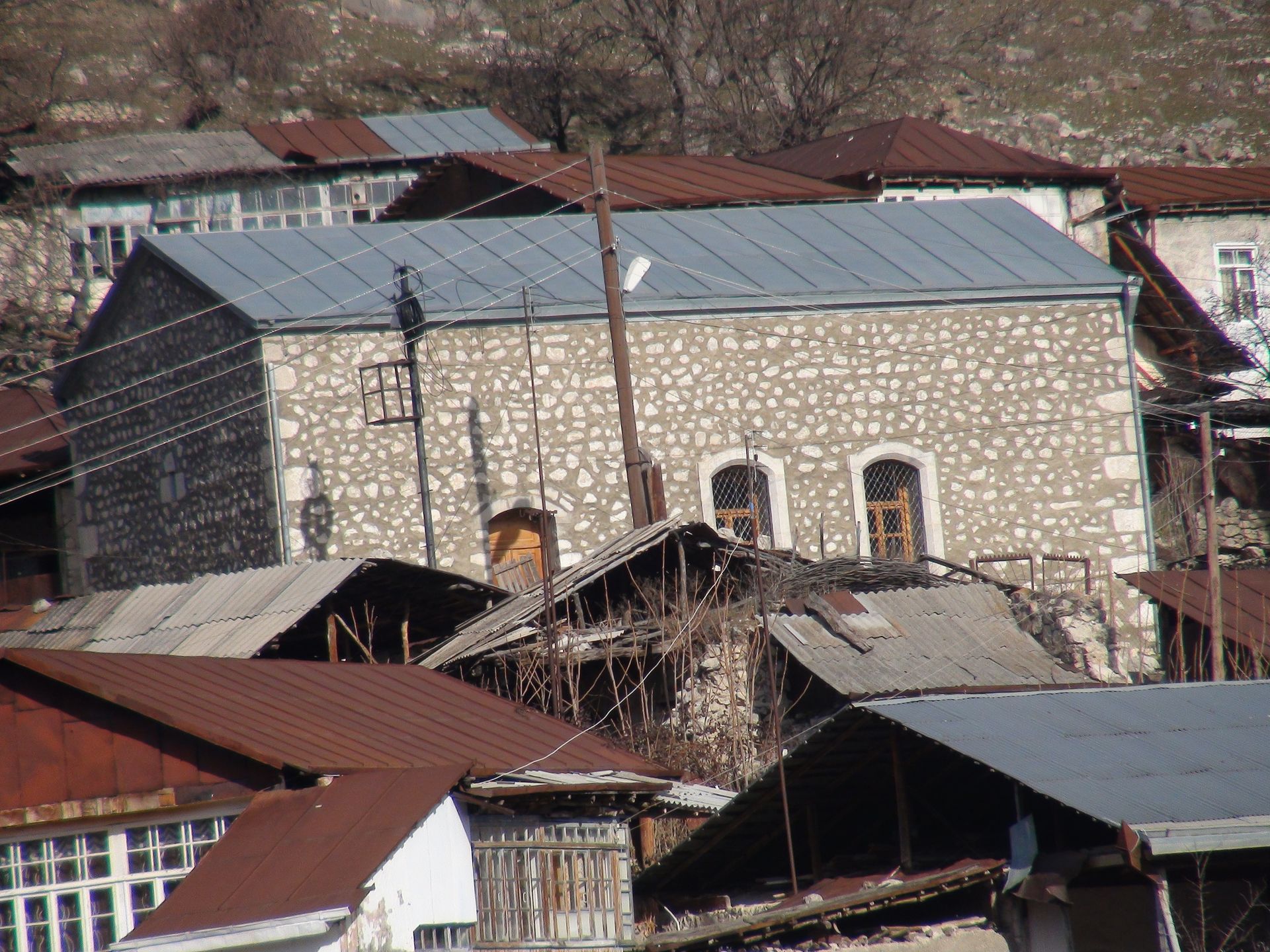 St. Astvatsatsin Church before the war

(Panarmenian) – Azerbaijani soldiers have been filmed vandalizing the St. Astvatsatsin Church in the Nagorno-Karabakh village of Karin Tak, which came under Baku’s control in the Second Karabakh War in fall 2020.

Fresh footage published online shows that the Lord’s table at the altar of the church has been broken, the inside of the church is in a state of disarray, while Azerbaijani soldiers are moving between the sacristies and climbing onto the altar.

In addition, the Azerbaijanis are heard saying a Muslim prayer inside the Christian site of worship and desecrating the Armenian cultural heritage, Monuments Watch said.