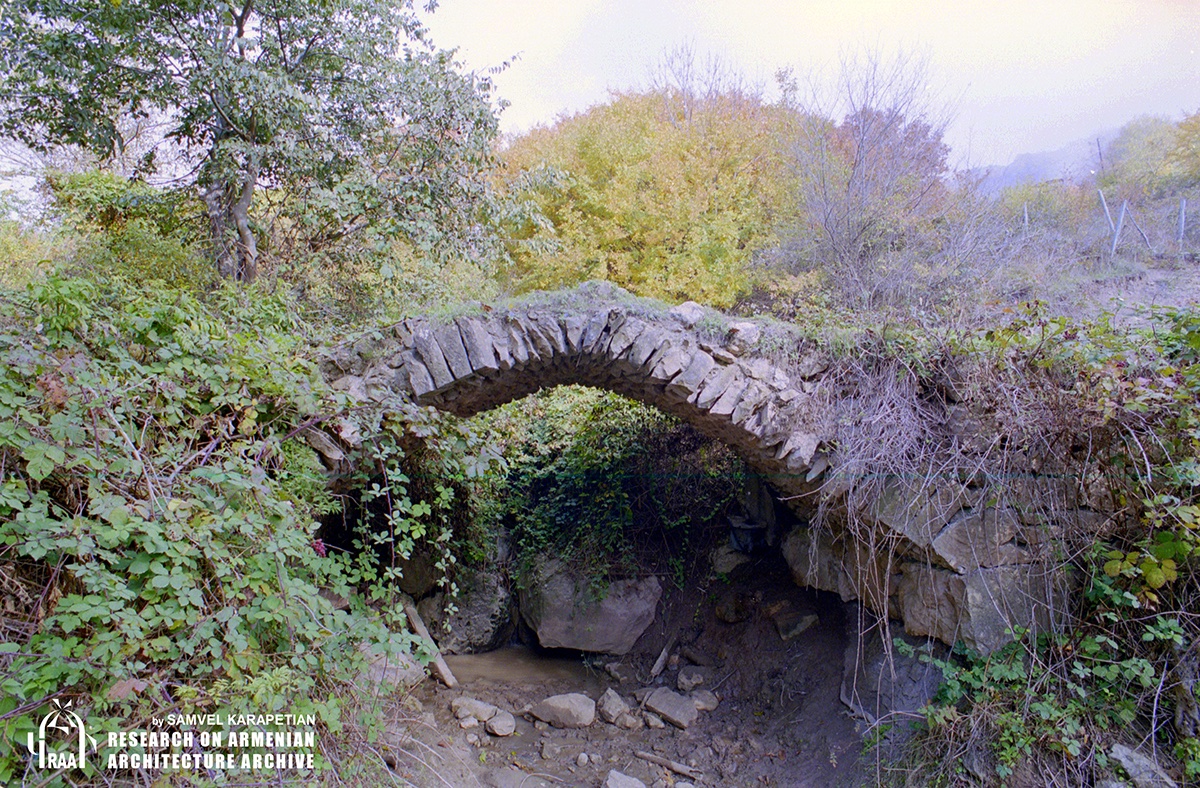 Between April 8 and July 7, the Makun Bridge in the village of Mets Tagher in Artsakh’s occupied Hadrut region was destroyed by Azerbaijani forces.

The bridge was destroyed in the course of river engineering and road construction, the Caucasus Heritage Watch (CHW) reported, sharing satellite images.

The small structure is difficult to see in satellite imagery due to tree cover, but CHW’s sources have confirmed its location.

Built in 1890 of roughly hewn stones, the arched bridge spanned a small tributary of the Ishkhanaget River.

An Armenian construction inscription was once set in the bridge’s façade: “In memory of Ghazar Harutiun Bejaniants”. It fell prior to 2009 (when first published) and was moved to the village museum before the 2020 war. Its current location and condition are unknown.