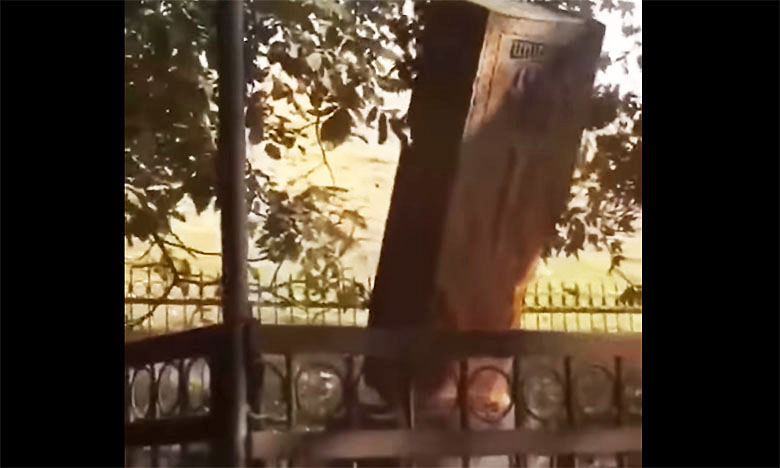 Panarmenian – Another video featuring Azerbaijani troops toppling another Armenian monument has surfaced online, according to publications on social media pages.

Footage shared by Armenian Foreign Ministry spokeswoman Anna Naghdalyan depicts Azeri soldiers knocking down a khachkar in the village of Arakel in Nagorno-Karabakh’s Hadrut province which has come under Azerbaijan’s control after the recent war.

During the hostilities, Azerbaijani forces launched two targeted attacks on the Holy Savior Ghazanchetsots Cathedral in Shushi. After taking control of the city, they destroyed the domes of Saint John the Baptist Church. Azerbaijan earlier “restored” a church by replacing its Armenian inscription with glass art.