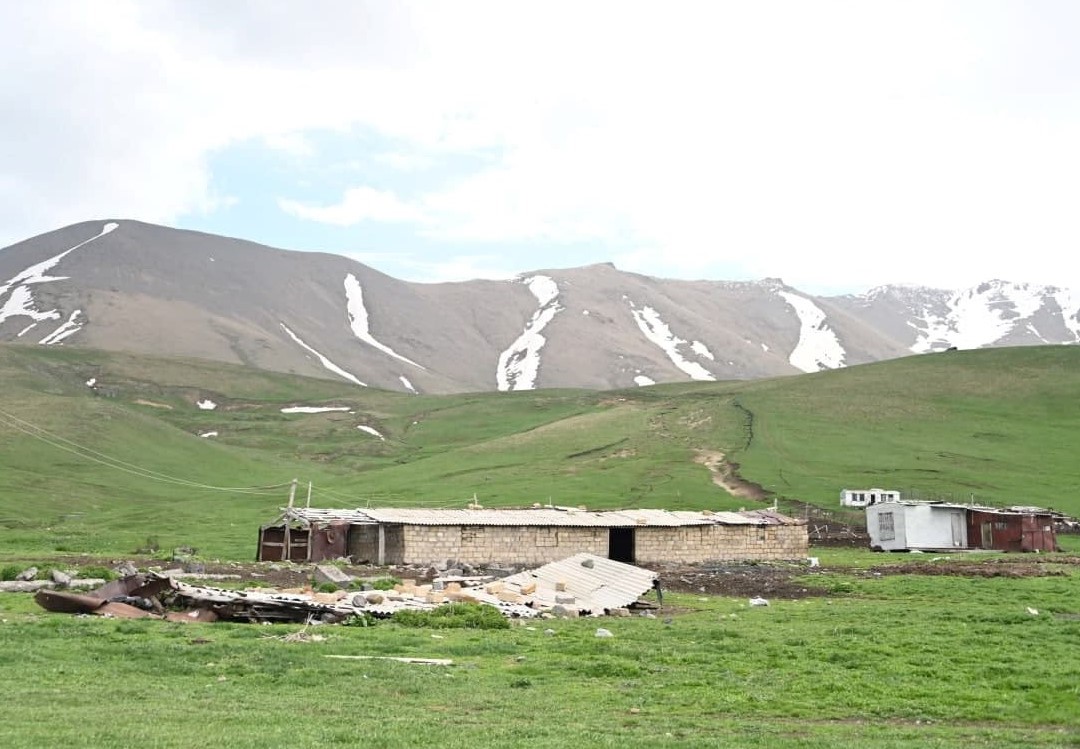 Armradio – Azerbaijani armed servicemen are illegally stopping villagers in the pastures located in the vicinity of Verin Shorja, Nergin Shorja, Norapak, and Kut villages of Gegharkunik region, and are demanding explanations on where they are going, for what purpose and what they transporting, Human Rights Defender Arman Tatoyan said in a statement.

According to him, Azerbaijani servicemen are also attempting to legally search the cars and are threatening the population.

“In particular, in June three alarming calls were received about the fact that several dozen Azerbaijani servicemen with vehicles regularly move towards the pastures of Verin Shorja village of Vardenis community, to the area where the barns are located and where the villagers graze their animals. Over the past week, they have set up positions closer to the Verin Shroja plateau, making the use of the pastures almost impossible,” the Ombudsman said.

Moreover, he said, at one of the Azerbaijani positions located closer to the plateaus, Azerbaijani servicemen are illegally stopping villagers, and demanding explanations from them.

“Furthermore, the Human Rights Defender’s Office was alerted on June 3 that Azerbaijani armed servicemen are still located in the immediate vicinity of Kut village of Geghamasar community, as a result of which the villagers are able to use only a small segment of the pastures. Moreover, the Azerbaijani armed servicemen are swearing at the shepherds, and threatening with weapons.

The cattle barn in Norabak village of the Geghamasar community, is under the illegal control of the Azerbaijani armed servicemen, and the residents are deprived of the opportunity to use it. There are streams near the barn that were also used for agricultural purposes, but now the villagers can no longer use them.

In the sovereign territory of the Republic of Armenia, the apparently illegal presence of Azerbaijani armed servicemen in the immediate vicinity of the villages of Gegharkunik region, and their openly criminal acts, seriously endanger the lives and health of the residents of border villages of Armenia, and completely disrupt their everyday life and mental integrity.

Pastures, hayfields, other land plots cannot be used because:

1)   Servicemen of the Azerbaijani armed forces are illegally present in those territories;

2)   These territories are directly in the target of the Azerbaijani armed forces.

All this was confirmed by studies conducted by the Office of the Human Rights Defender of Armenia, including the Gegharkunik regional subdivision.

“The issue is that the need to use these lands is especially urgent for the village residents due to seasonal demands. The harvest season is already due to begin, and the villagers are facing acute problems. This can lead to a sharp decrease in the number of livestock, as there are insufficient conditions for raising them,” Arman Tatoyan said.

According to him, all of this will deepen the existing social problems.

“The rights of the border residents of Armenia are guaranteed by the Constitution of Armenia and by international standards.  Any process related to the state borders cannot be acceptable if the normal life of the border residents is undermined, and if their rights have been grossly violated and continue to be violated or remain under the threat of being violated,” the Ombudsman emphasized.

Thus, according to Ombudsman, the creation of the security zone is an absolute necessity for the purpose of the restoration of the rights of the people, and their protection from threats of violations.