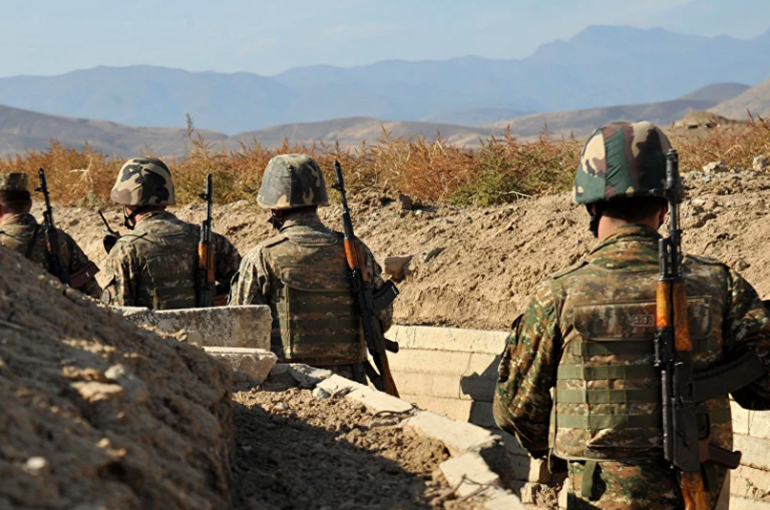 Armradio  – Six Armenian servicemen have been captured by Azerbaijan’s Armed Forces while doing engineering work in the province of Gegharkunik, the press service of the Armenian Defense Ministry reported on Thursday, May 27.

“Early in the morning on May 27, six military servicemen of the Armenian Armed Forces were surrounded and captured while carrying out engineering work in the border zone of the Gegharkunik province. All necessary measures are being taken to ensure the return of the captured military servicemen,” the press service said.

On the morning of May 12, the armed forces of Azerbaijan violated the border of Armenia in the southern province of Syunik, advancing 3.5 kilometers and surrounding Sev Lake, which is situated on the border between the two countries but is predominantly a part of Armenia. On May 13, the Azerbaijani military committed more border violations against Armenia, advancing near Vardenis (Gegharkunik province) and Sisian (Syunik province). Oe Armenian serviceman was killed n Azerbaijan’s shooting on Tuesday, May 25.