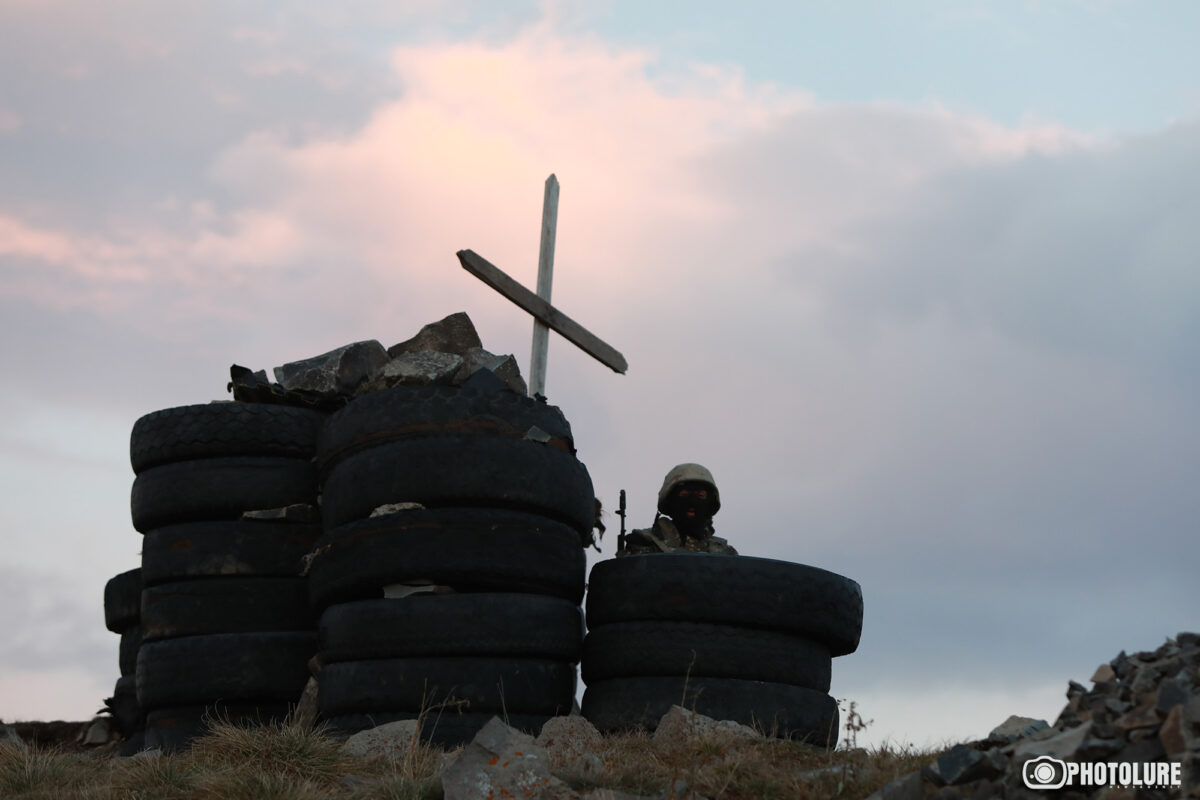 ARMRADIO- Units of the Azerbaijani armed forces are not carrying out active engineering work on the territory of Armenia’s Gegharkunik province, the Ministry of Defense said in a statement.

Furthermore, the Ministry said, the Azerbaijanis are not building new roads, and such attempts are being effectively prevented by the units of the Armenian Armed Forces.

The comments come after Human Rights Defender Arman Tatoyan said the Azerbaijani armed forces that intruded into Armenia’s Gegharkunik region in May, “have built large shelters, accumulated a large amount of firewood, and paved the roads leading to their positions.”

The Ombudsman said they continue to build new roads, increase the number of servicemen and armaments in the positions. Tatoyan added that they are constantly carrying out active engineering work to reinforce the positions.

The Ministry said the Human Rights Defender’s statement includes a number of inaccuracies and assertions that are detached from reality.

The Ministry urges to verify the facts when making public posts on sensitive issues for the public and reiterated willingness to work closely with the Human Rights Defender’s Office.