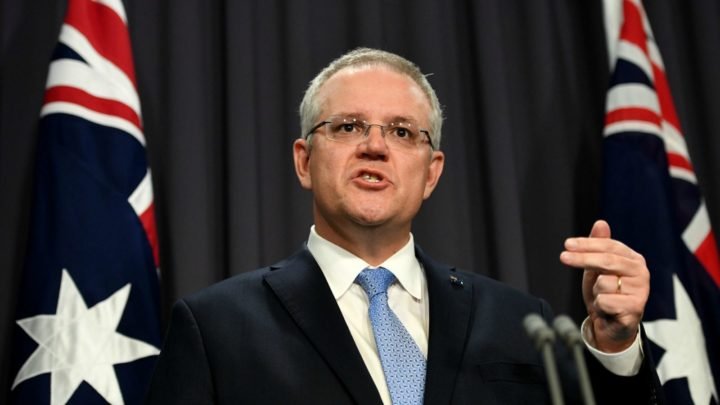 As the 106th Anniversary of the Armenian Genocide approaches, the Armenian National Committee of Australia (ANC-AU) has written an open letter on behalf of Armenian-Australians calling on Prime Minister Scott Morrison to recognise the systematic persecution of 1.5 million Armenians, as well as over 1 million Assyrians and Greeks, perpetrated by the Ottoman Empire as genocide.

In the letter, the 50,000 strong community urges the Prime Minister to uphold his own beliefs articulated in his speech to Parliament on 26th May 2011, when he said: “Today, as a member of this House, I join others in this place, and in parliaments around the world, to place on record that I believe the Armenian Genocide was one of the greatest crimes against humanity … it is important that we recognise the Armenian genocide for what it was.”

This is in stark contrast to Scott Morrison’s most recent statements as Prime Minister, which have excluded the use of the word genocide.

On the 104th anniversary of the systematic attempt to destroy the Armenian race, Prime Minister Morrison referred to the Armenian Genocide as “… the horrors that befell Armenian people at the end of the Ottoman Empire”.

As a result of unprecedented advocacy from the Armenian-Australia community, in 2019, Prime Minister Morrison sensationally admitted to bowing to pressure from a foreign dictatorship which has threatened Australian lives, when backflipping on his prior use of the word “genocide” when referring to the Armenian Genocide.

Since then, there has been a shift in the effectiveness of this foreign gag-order on ally nations, given the United States Congress’ momentous recognition of the Armenian Genocide later in 2019 and the affirmations of support received from over 40 Federal parliamentarians, who have declared their unwavering support for the Joint Justice Initiative’s goal for Australia to become the next nation to stand up for justice and recognise the Armenian, Assyrian and Greek Genocides.

“With strong indications from the White House that President Biden will recognise the Armenian Genocide, the 50,000 strong Armenian-Australian community remains hopeful that this year, Prime Minister Morrison will stand up for his declared beliefs and join the United States and over 30 other nations including France, Germany and Canada in recognising the Armenian Genocide,” said ANC-AU Executive Director Haig Kayserian.

“We have seen throughout history, that a crime unpunished is a crime encouraged, and we trust that our Prime Minister will see it fit to help end the cycle of genocide,” Kayserian added.

The full letter can be read below:

Every year on the 24th of April, Armenian-Australians join compatriots and friends from around the world in commemorating the systematic persecution of 1.5 million of our ancestors – as well as over 1 million Assyrians and Greeks – between 1915 and 1923, perpetrated by the Ottoman Empire.

Over the years, the Armenian Genocide National Commemoration has traditionally encompassed statements delivered by the Prime Minister, political leaders, religious leaders and community figures marking the solemn occasion. However, as the world continues to grapple with the challenges of the COVID-19 pandemic, the Armenian-Australian community wishes to continue ensuring public safety is upheld as your administration has done.

As a result, we will once again be commemorating the occasion of the Armenian Genocide virtually, on Friday 23rd April, 7:30 pm via a Facebook and YouTube live stream event.

This year, the Armenian-Australian community is hopeful that your statement will reflect your beliefs on the issue and characterise the events of 1915 as you did in your statement in the House of Representatives on the 26th May 2011, calling the Armenian Genocide the ‘greatest crime against humanity’. This statement a decade ago was well received by our community and we are hopeful that these same sentiments will be echoed, this time as Prime Minister.

Our community, on several occasions, has expressed frustration and extreme disappointment in the repeated failures of our past leaders to recognise the Armenian Genocide, explaining that the continued denial could be encouraging the next perpetrator of genocide, just as the Armenian Genocide of 1915 inspired Adolf Hitler’s Holocaust of the Jewish citizens of Europe during World War II. We are now seeing this unfold in Syria with the Republic of Turkey’s systematic persecution and ethnic cleansing of Kurds and other ethnic minority groups from their ancestral lands.

Today, over 30 nations worldwide have now officially recognised the Armenian Genocide, including France, Germany, Canada and the United States of America. Yet, despite many of these nations standing on the right side of history, Australia continues to fall short of our allies footsteps, failing to formally recognise this brutal crime against humanity as what it was – a Genocide.

This is especially given the well-documented and unique relationship that this horrific period of history has with the Australian people, which was . As you know, Australia’s first major humanitarian relief effort was in aiding victims of the Armenian Genocide. In addition, ANZAC POW’s played a significant role in not only witnessing the atrocities being committed by the Ottoman Empire but also recounting them in countless Australian Media outlets.

It is imperative our nation honours the memory of our ANZAC’s and Australian history by recognising our role in assisting victims of the Armenian Genocide. It is time we acknowledge and recognise this unique history as you did when quoting one of our ANZAC heroes Thomas White, a pilot of the Australian Flying Corps, who was captured by Ottoman soldiers and observed the genocide of the Armenian people. ANZACs and many others like White were leaders in standing for what was right.

Over the last few years, Australia has taken significant steps towards recognising these efforts and the first Genocide of the 20th century.

In 2018, the Australian House of Representatives debated an unprecedented motion calling on the Federal government to recognise the Armenian Genocide through the prism of Australia’s first major humanitarian relief effort.

Following on, in 2020, over 40 Federal Members of Parliament and Senators came together from all parties to sign affirmations of support for the Joint Justice Initiative declaring their unwavering support for Australia to become the next nation to stand up for justice and recognise the Armenian, Assyrian and Greek Genocides.

This year, President Biden has reaffirmed his commitment to acknowledging the actions of the Ottoman Empire as Genocide. This was not only evident in his campaign promises during the 2020 election but also made clear by Secretary of State Antony Blinken and White House officials that President Biden will become the first US president to recognise the Armenian Genocide.

We believe that now is the time given that you are not alone. We believe it is essential that the Prime Minister’s statement reflects the will of our elected representatives in the Australian Parliament. Like countless nations around the world it is time we reject foreign threats and gag orders imposed by an authoritarian regime.

On behalf of the 50,000 Armenian-Australian’s, we urge you to officially characterise the events of 1915 by their true name – Genocide.

Thank you in advance for your consideration, and we look forward to receiving your statement on the occasion of the 106th Anniversary of the Armenian Genocide.