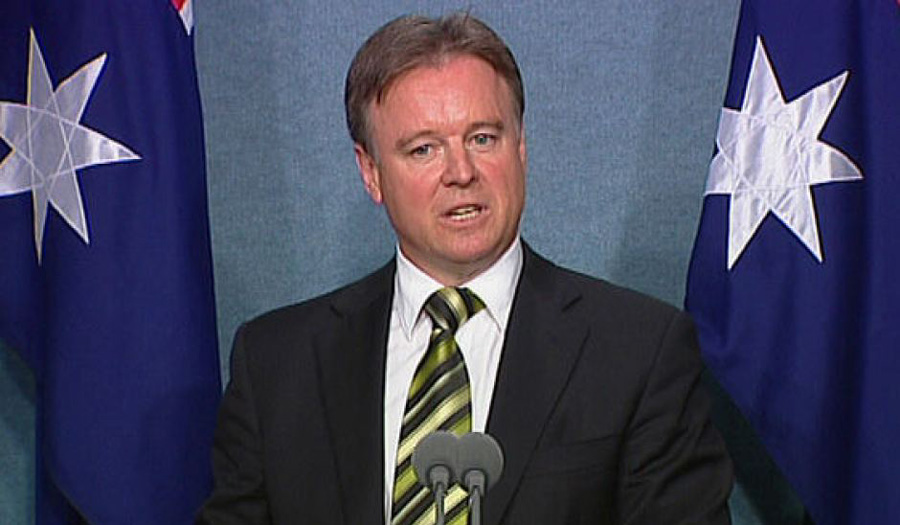 CANBERRA—Australia’s former Defense Minister, Joel Fitzgibbon, used a speech in Parliament to call for Federal Government action on the human rights injustices continuing to be suffered by the indigenous Armenians of Nagorno Karabakh and urged national recognition of the Republic of Artsakh as the “pathway to a lasting peace,” reported the Armenian National Committee of Australia.

Fitzgibbon, who is also co-chair of the Federal Australia-Armenia Inter-Parliamentary Union (Friendship Group), spoke in the parliament’s Federation Chamber ahead of a protest being held outside the building by over one hundred Armenian-Australians from Sydney and Melbourne.

“Over the past two months, the Armenian Australian community has been in a state of overwhelming devastation, shock and despair as they’ve witnessed their homeland desecrated at the hands of Azerbaijani forces including paid, Turkish-backed Syrian mercenaries,” Fitzgibbon said.

“On 27 September 2020, the enemy forces launched large-scale attacks against Armenians of the Nagorno-Karabakh region. Watching this unfold from halfway around the world, today Armenian Australians are gathering outside our parliament to demand an end to the carnage being played out in Artsakh.”

“The relative silence of the international community, including us here in Australia, is of course of great concern to those gathering outside parliament today,” he added.

Fitzgibbon went on to call for action from the Australian Parliament and Government, particularly highlighting the worrying situation concerning refugees and prisoners of war.

“The community represented by the protests outside this building today rejects the ceasefire terms imposed on Armenia and Artsakh as a one-sided deal which ignores the fundamental human right to self-determination of the people of Artsakh, who declared their independence in the 1991 referendum in accordance with international law – coincidentally, the 29th anniversary of the expression of their democratic rights is tomorrow,” he said.

“The people of Armenia and Artsakh are reeling from the aftershock of six weeks of violence, with the primary battlefields shifting from the trenches to the cities, where the Armenian community is rallying to help refugees, the injured, the traumatized, the orphaned and the widowed.”

Fitzgibbon concluded by urging Australia and the international community to recognize the Republic of Artsakh’s right to self-determination.

“Our community has been reeling from the wounds caused by the world’s culpable silence that has enabled 44 days of Azerbaijani-Turkish war crimes to be rewarded with a crucial piece of our ancestral homeland,” Kayserian said. “Mr. Joel Fitzgibbon’s words in our nation’s parliament, calling out Baku’s aggression and their continuing brutality against POWs gives hope that Australia will eventually stand with the indigenous Armenians of the Republic of Artsakh, and for their rights to self-determination.”