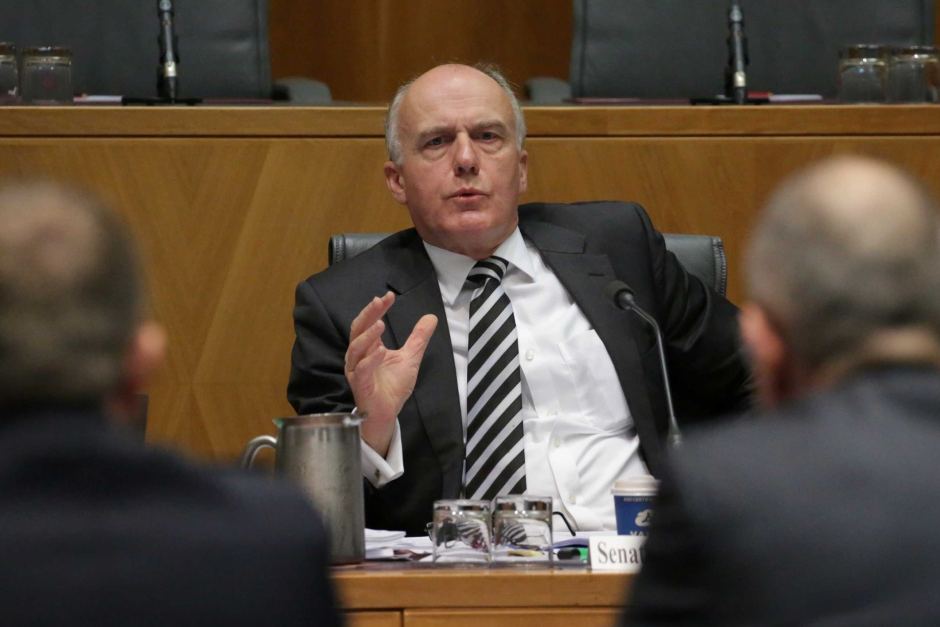 CANBERRA: Under parliamentary questioning by Senate’s Foreign Affairs Committee Chair the Hon. Eric Abetz, the Department of Foreign Affairs and Trade has promised to investigate Azerbaijani bribe money that has reportedly landed in Australia.

During the Senate Estimates questioning, the Department of Foreign Affairs and Trade also admitted that Artsakh – which Australia does not yet formally recognise as an independent state – is a “party” to the Nagorno Karabakh conflict, reported the Armenian National Committee of Australia (ANC-AU).

Mr. Abetz, who is a former cabinet minister and part of the Australian Friends of Artsakh network, questioned First Assistant Secretary of the Europe and Latin Affairs Division of the Department of Foreign Affairs and Trade (DFAT), Ms. Catherine Raper on these issues of importance to Armenian-Australians.

Mr. Abetz drew Ms. Raper’s attention to reporting by the OCCRP (Organized Crime and Corruption Reporting Project) that indicated over US$200,000 of Azerbaijani Laundromat was linked to Australian companies.

The Azerbaijani Laundromat refers to an international money laundering and bribery scheme that saw US$2.9 billion funnelled into the pockets of European politicians, journalists and organisation officials in exchange for silence on Baku’s human rights abuses between 2012 and 2014.

Despite indicating during the last Senate Estimates period that her Department would investigate the report’s findings, Ms. Raper told Mr. Abetz that they were “not aware” of the report or the suggestion that money had found its way into Australia.

Mr. Abetz went on to address the Nagorno-Karabakh conflict, and specifically Australia’s position on the conflict’s resolution.

During a previous Senate Estimates, the Department of Foreign Affairs and Trade stated that it encourages “all parties to work constructively and in good faith with the OSCE Minsk Group to seek a negotiated resolution [to the conflict].”

“Recognising Artsakh as a party to the conflict is an important step towards eventual recognition of Artsakh’s right to self-determination,” said Haig Kayserian, Executive Director of the Armenian National Committee of Australia (ANC-AU).

“What this establishes is that the Department of Foreign Affairs and Trade accepts that there should be, to paraphrase Senator Abetz, a ‘seat at the table’ for the representatives of Artsakh to negotiate their future status within the current OSCE format,” he continued.

The Republic of Artsakh has been routinely excluded from the OSCE Minsk Group process due to the intransigence of Azerbaijan, despite Artsakh being one of the original signatories to the 1994 ceasefire agreement which ended the war.

“Azerbaijan’s position has been to try to cajole Armenia into unilaterally conceding Artsakh’s territories in exchange for a future determination of status,” Kayserian added.

“Armenian-Australians believe that no pathway to peace can include handing Artsakh to a dictatorship that has routinely and systematically violated the rights of the Armenian people.”

“By including Artsakh in the negotiation process and giving it the right to determine its own future, which is also what the Armenian government is calling for, is a step in the right direction for ensuring the right to self-determination is respected.”

Kayserian thanked Mr. Abetz for his line of questioning, and the responses by Ms. Raper.

“Mr. Abetz was able to ensure the Department of Foreign Affairs and Trade brought important information to light, including a promise to investigate if Azerbaijani bribe money eventually found its way to Australia,” he said.

“We are also pleased that the Department of Foreign Affairs and Trade accepts Artsakh is a party to the Nagorno Karabakh conflict.”