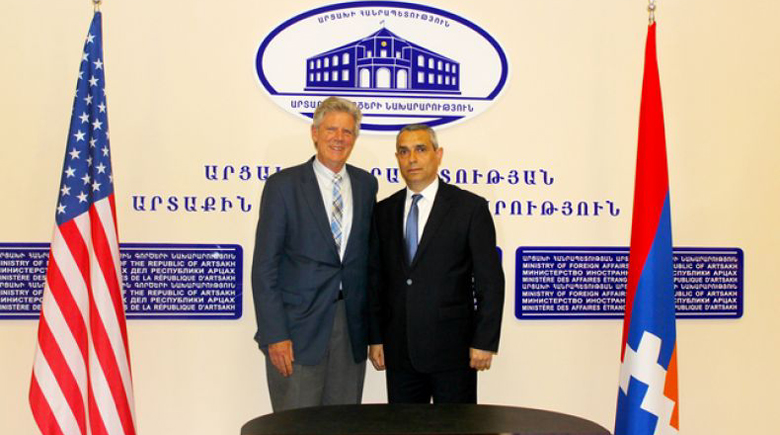 (Artsakhpress) – The Foreign Minister appreciated Congressman Pallone’s consistent efforts and initiatives aimed at promoting the interests of Artsakh in the U.S. Congress, as well as establishing and strengthening stability in the region.

During the meeting, the sides touched upon the relations between Artsakh and the U.S. at various levels and the prospects for their development. Masis Mayilian stressed that the American direction has a special place in the sphere of international cooperation of Artsakh, taking into account the potential of the Armenian Diaspora and the friendly relations established with the United States. The sides underlined the need for continued efforts to strengthen and expand the cooperation between the twin cities of Artsakh and the United States, as well as between Artsakh and those States, the legislatures of which have adopted resolutions in support of the independence of the Republic of Artsakh.

At the request of Congressman Pallone, Masis Mayilian presented the current stage of the Azerbaijan-Karabakh conflict settlement process and the situation on the Line of Contact between the armed forces of Artsakh and Azerbaijan. In this context, the sides touched upon the recent provocations initiated by the Azerbaijani side on the Line of Contact. According to the sides, these incidents reconfirm the urgency of the establishment of an international mechanism for controlling the ceasefire.