ARTSAKH WILL NEVER BE PART OF AZERBAIJAN – SECURITY COUNCIL SECRETARY 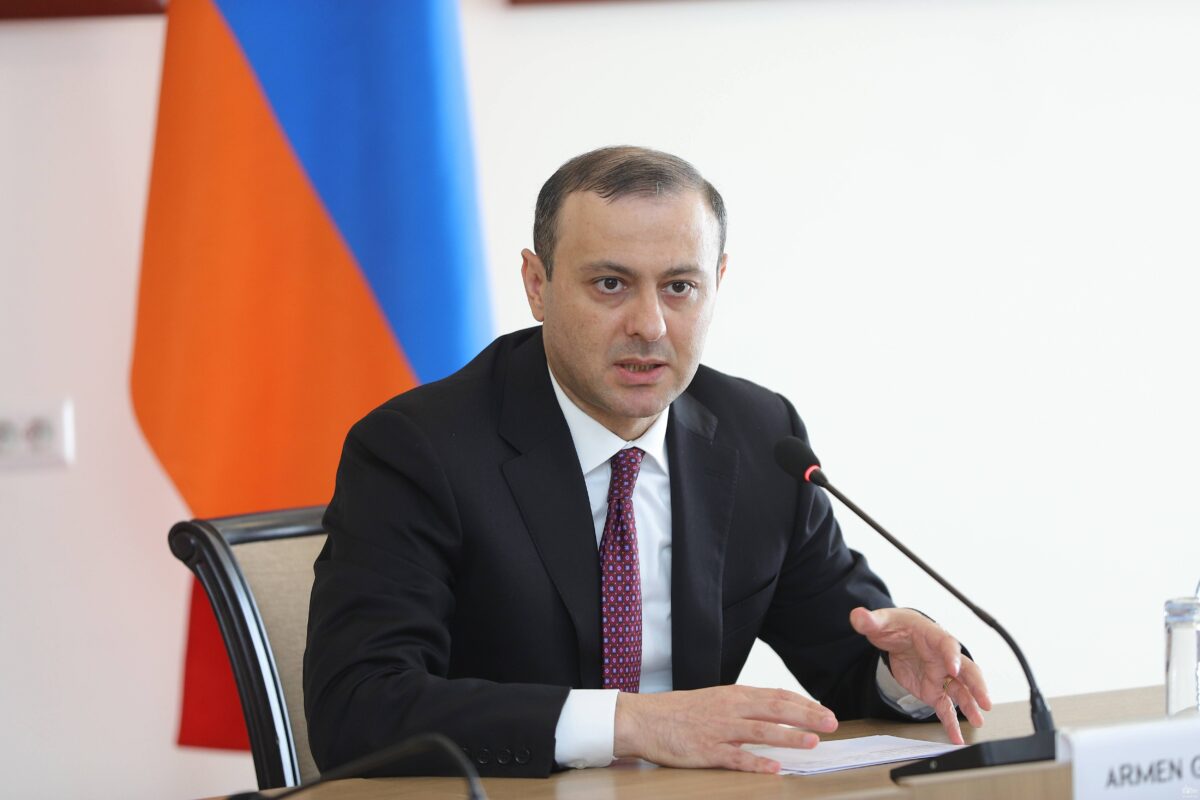 ARMRADIO- Artsakh will never be part of Azerbaijan, Secretary of the Armenian Security Council Armen Grigoryan said at a briefing with journalists today.

Speaking about the delimitation and demarcation of the Armenian-Azerbaijani border, the Secretary said “we are ready to start the process.”

“We are also ready to start discussing concrete issues considered within the framework of the trilateral working group co-chaired by the Deputy Pime Ministers of Armenia, Russia and Azerbaijan,” he stated.

“One of the approaches is that the armed forces of both Armenia and Azerbaijan withdraw from the line of contact and allow brother troops of the two countries to be deployed in the area before we can start the delimitation and demarcation process,” the Secretary said.

He said no concrete actions are planned until November 10.

Grigoryan noted that for the Armenian side there are no obstacles to launching the process and added that “we are waiting for positive impulses from the Azerbaijani side.”