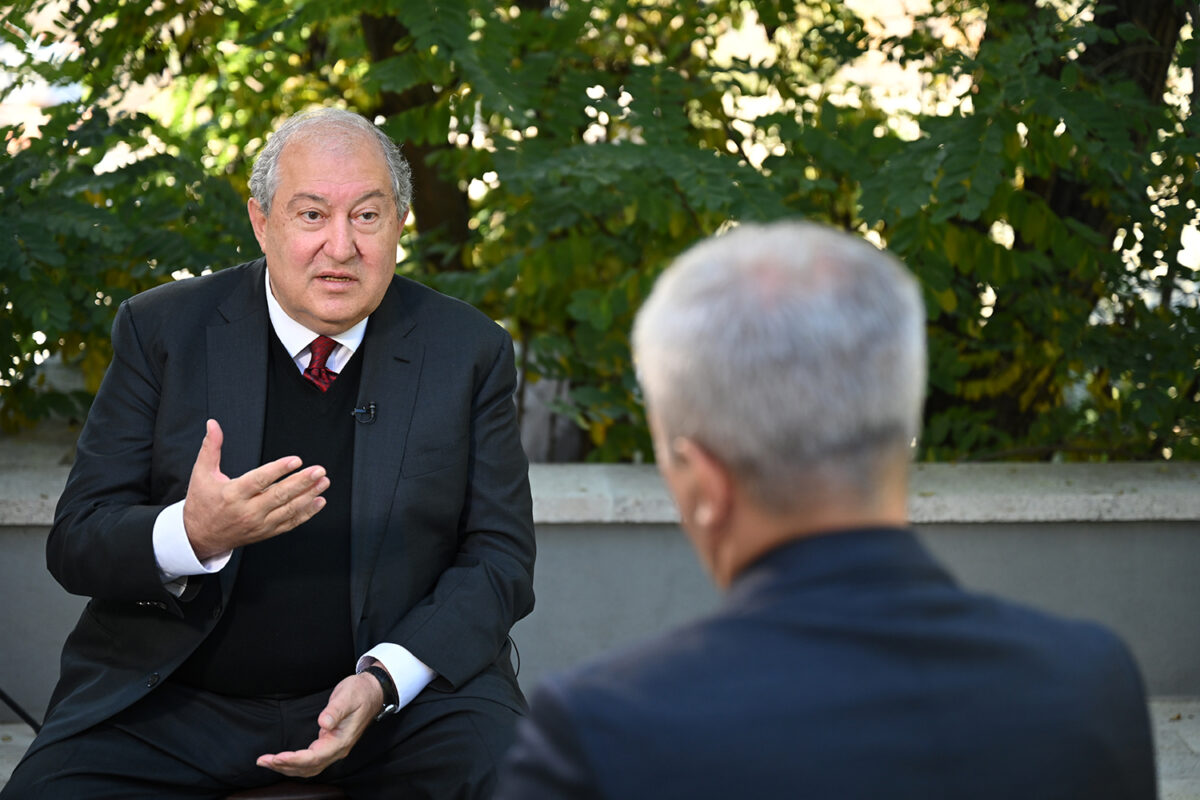 ARMRADIO- Nothing has changed in Turkey’s strategy, because the war in the South Caucasus was not the only problem connected with Turkey, Armenian President Armen Sarkissian said in an interview with Russian RBC.

“It’s part of a regional and global policy. Let’s remember why Turkey entered Libya, why it is so active in Iraq, why it is present in Lebanon and Syria, why it clashes with Cyprus and Greece in the Mediterranean, why it keeps hundreds of thousands of refugees on the EU border. In some sense Europe is a hostage of Turkey, because if those hundreds of thousands of refugees enter Europe, it will be hard to speak about its stability,” the President said.

He noted that last year’s Artsakh War was the continuation of Turkey’s policy, its wish to increase the influence in the region.

“Whether we want it or not, Turkey has become more influential in the South Caucasus. It is very influential in Georgia in the economic sense. Today, Turkey is largely present in Azerbaijan. The influence of the Turkish armed forces on Azerbaijani armed forces after the war is obvious, and it has a huge influence on Azerbaijan’s sovereignty, its economy, and respectively, logistics, transport routes, including the oil pipelines stretching from Baku to Tbilisi and Ceyhan,” President Sarkissian noted.

“Turkey has become more influential politically and militarily. On the other hand, the Turkish economy is not one of the best ones in the world. As you know, many investment companies leave Turkey. The economic downturn gets compensated by high activity,” the President added.