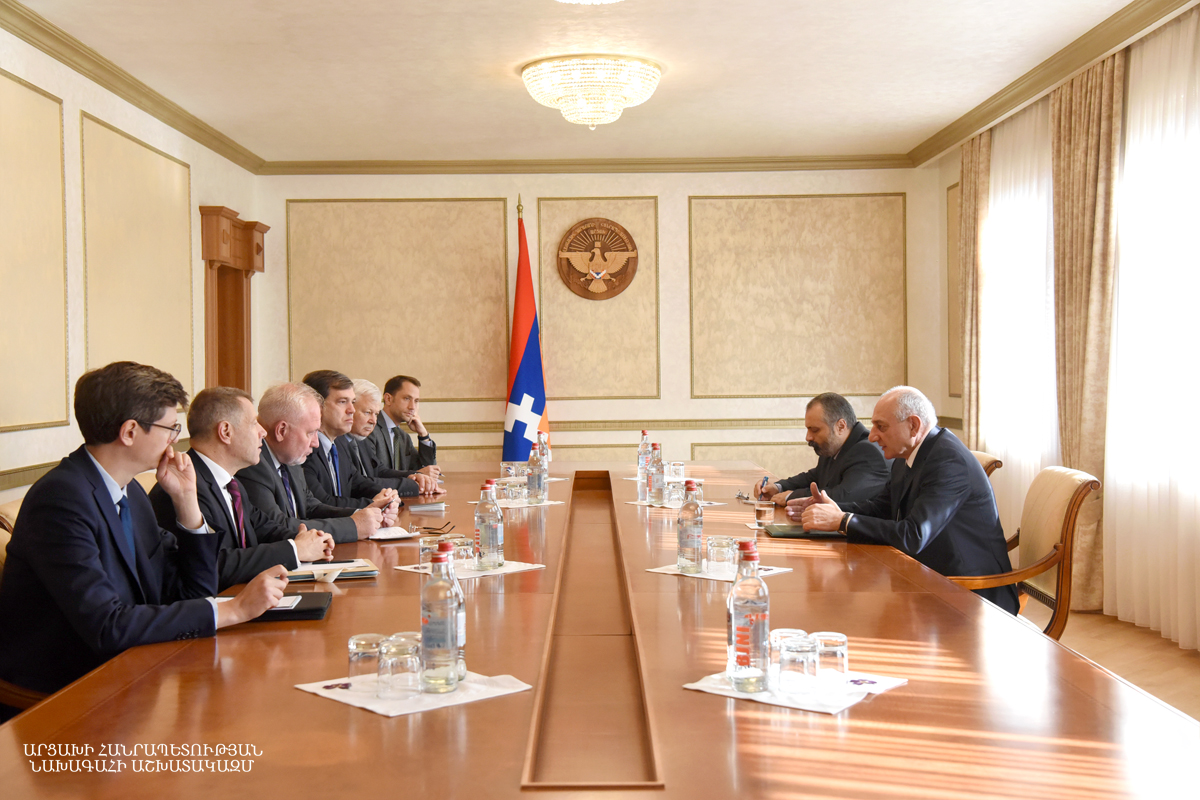 Issues related to the Azerbaijani-Karabakh conflict settlement, situation along the border between Artsakh and Azerbaijan were on the agenda.

President Sahakyan reaffirmed the commitment of official Stepanakert to the peaceful settlement of the Azerbaijani-Karabakh conflict under the auspices of the OSCE Minsk Group, reiterating the necessity of restoring the full-fledged negotiations format with the participation of Artsakh in all the stages of the conflict settlement.