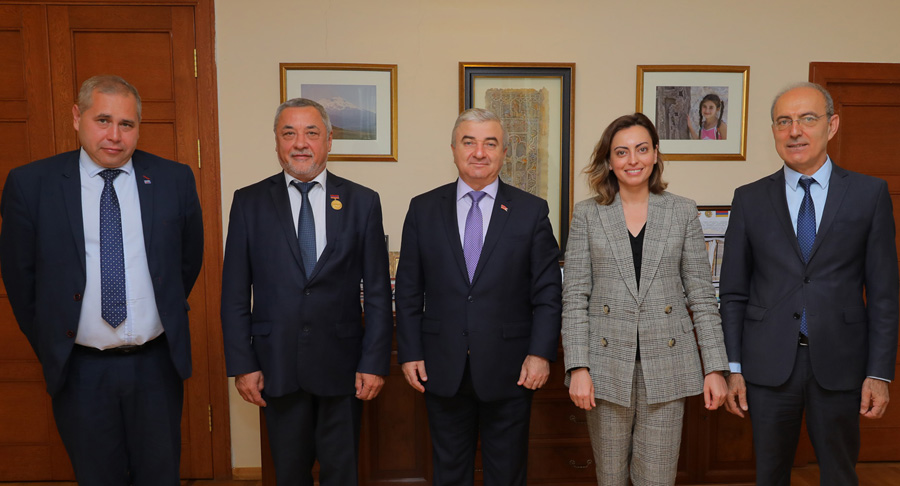 During the meeting the guests spoke about the opening ceremony of the 7th Pan-Armenian Summer Games held in Stepanakert the previous day and expressed willingness to support the friendly Armenian nation in all their initiatives.

Then the sides discussed foreign policy of Artsakh, the Azerbaijani-Karabakh conflict and issues related to the integration of nations through sport and culture.