Artsakh Can’t Be a Bargaining Chip, says Aram I 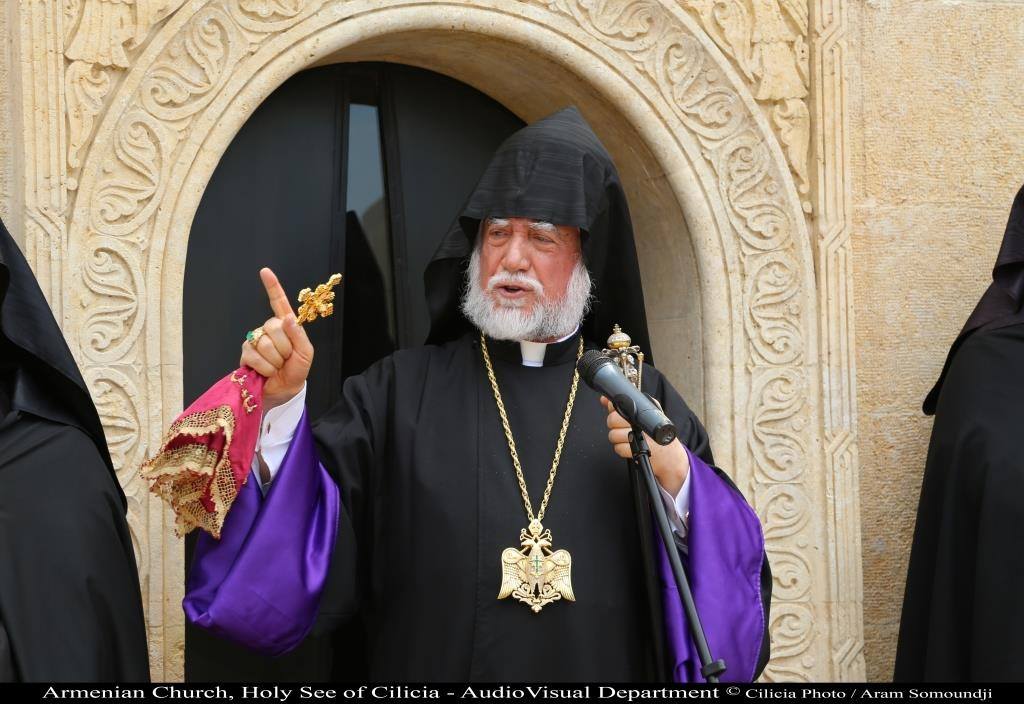 Artsakh’s independence can not be a bargaining chip, stated His Holiness Aram I, Catholicos of the Great House of Cilicia, who was presiding over Divine Liturgy on the occasion of Holy Easter on April 17.

“We as a nation cannot remain indifferent and silent, we will tell the people of Artsakh that we are with you,” the Catholicos said.

“Peace, independence and justice are God-given values and rights. The peace of a nation can’t be a bargaining chip, the people of Artsakh have collectively established and strengthened their independence on the land where they have been living and working for centuries.”

“We expect the authorities of Armenia, the people of Armenia, as well as the people of Artsakh to firmly establish their collective will, saying that a nation’s will to live freely, the right to live in peace can’t be undermined in the light of so-called geopolitical conditions”, he said.