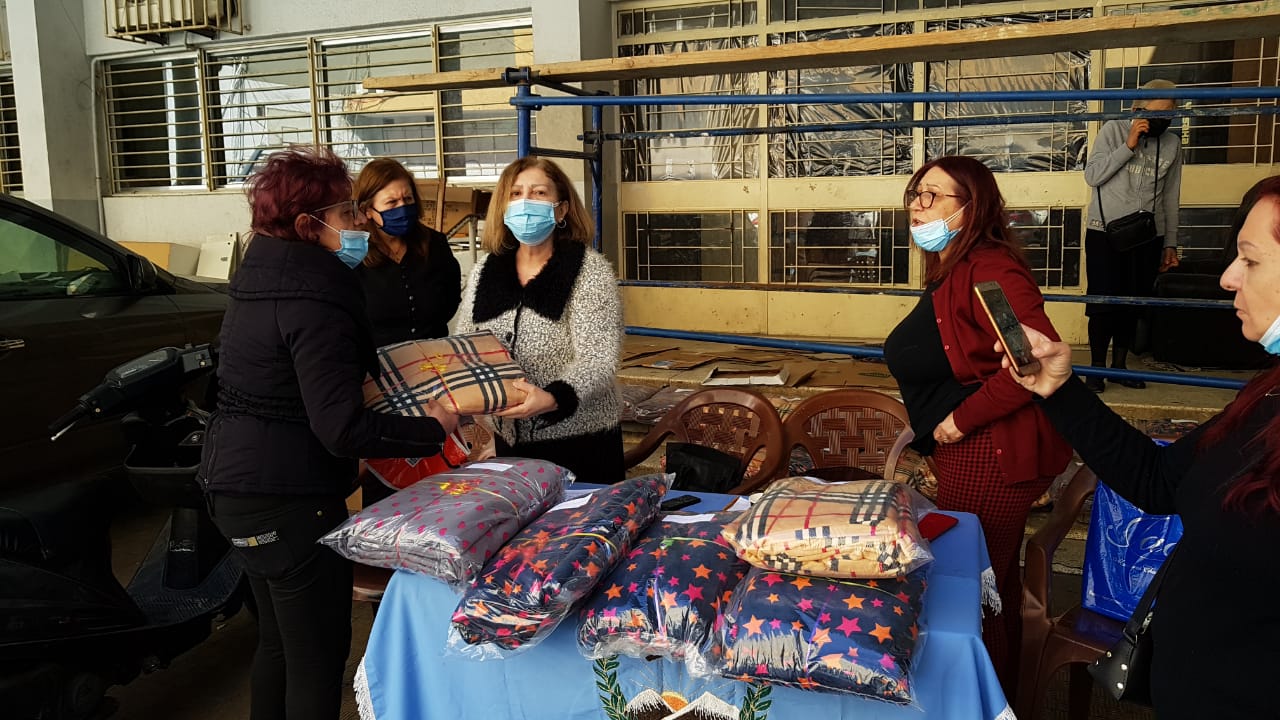 Since October 2019, the economic and political crisis in Lebanon, along with the daily deterioration of conditions resulting in precarious hygienic and social services, and the devaluation of the Lebanese currency have placed Lebanese citizens in a darkening environment of insecurity. Furthermore, the disastrous explosion on August 4, 2020 at Beirut’s port has left hundreds of families in need of assistance.

The Armenian Relief Society (ARS) has provided steady assistance helping the distressed local Armenian community from the very start of the Lebanese crisis. Its humanitarian programs in Lebanon, which began in 2019, are still being implemented at a faster pace thanks to the substantial donations of ARS supporters and the tireless efforts of ARS entities. The Armenian Relief Cross of Lebanon (ARCL), which has been coordinating activities with the ARS Central Executive Board, has spared no effort to extend a helping hand to Armenians in Lebanon, a community known as the heartbeat of the Armenian Diaspora.

Initially, food baskets amounting to $8,000 were distributed by ARCL to 100 needy families; 200 hot meals were provided to the disadvantaged on a weekly basis. After the August 4 explosion, the ARCL expanded its hot meal program by providing 1,600 portions per week. In the past year, $224,426 has been allotted to this project.

Naturally, due to inflation, the daily needs for necessary items have become more pressing. After the explosion, the spread of coronavirus was inevitable, and the need for hygiene items, sanitizers and cleaning supplies increasingly grew. These items were secured and distributed to 3,000 families at a cost of $28,522. During the winter, $11 thousand worth of blankets were distributed to families in need.

At the ARS Central Executive Board’s initiative, everyday items and medication were sent in three consecutive stages, fulfilling the needs of patients undergoing treatment at ARCL’s Araxie Boulghourdjian socio-medical center. Hundreds of infants received milk and diapers, while more than 300 senior citizens were given other daily necessity items. From March 2020 to February 2021, $126,985 was allotted to provide 3,151 individuals with medication, socio-medical treatments, hospitalization and laboratory analysis, as needed.

ARS Lebanon is also part of GAMK (Overseeing Unpredictable Conditions), a body formed following the August 4 explosion to assist Armenians affected by it. In coordination with GAMK, ARCL’s Araxie Boulghourdjian socio-medical center performed 2,978 coronavirus infection tests costing $27,917. In the new year, 5,200 food baskets were prepared and distributed among Armenian families. ARCL’s financial participation in this project was $90,000. Members of the ARCL continue to visit families impacted by the blast. After assessing their needs, the ARS has so far contributed $33,000 towards securing their daily livelihood or supplying basic furnishings and home supplies.

The ARS Central Executive Board has also donated $25-thousand to the Melankton and Haik Arslanian College’s ARS Norsikian Kindergarten with deep appreciation for the college’s role in the realm of Armenian education. Funds will also be used to support the many Armenian families whose incomes have diminished or ceased to exist completely due to the current conditions.

The need for effective assistance to the Armenian community of Lebanon is more than obvious to all. Lebanese Armenians face dire existential issues today. The ARS is grateful to all of its donors, supporters and entities whose considerable and continuous input allows us to implement our humanitarian programs in these difficult times of economic and political uncertainty and amid the pandemic. We are grateful for the trust and support of one of the most involved and productive Armenian communities in the Diaspora.