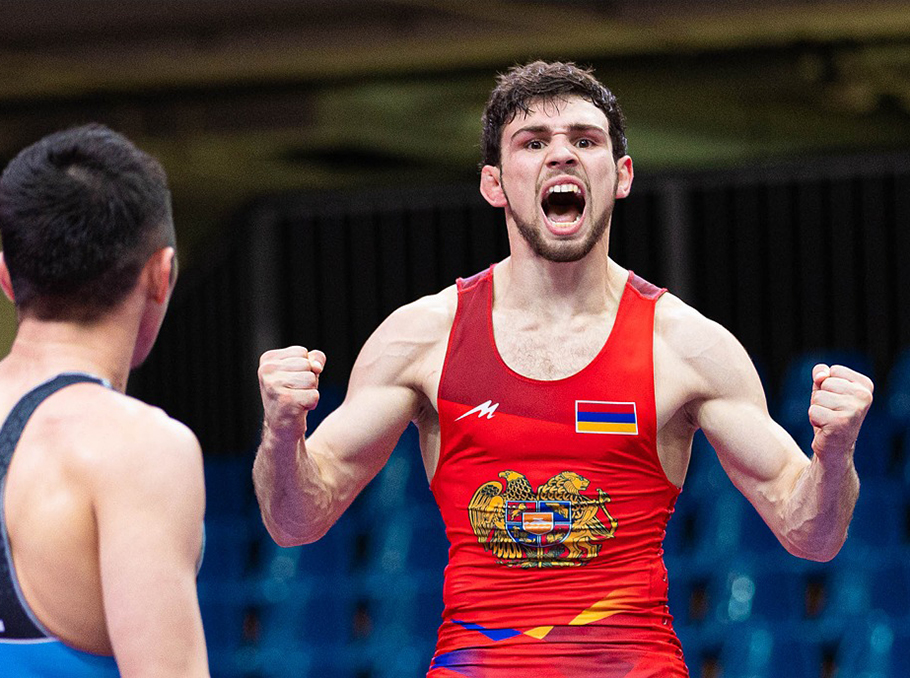 This is the wrestler’s second European title.