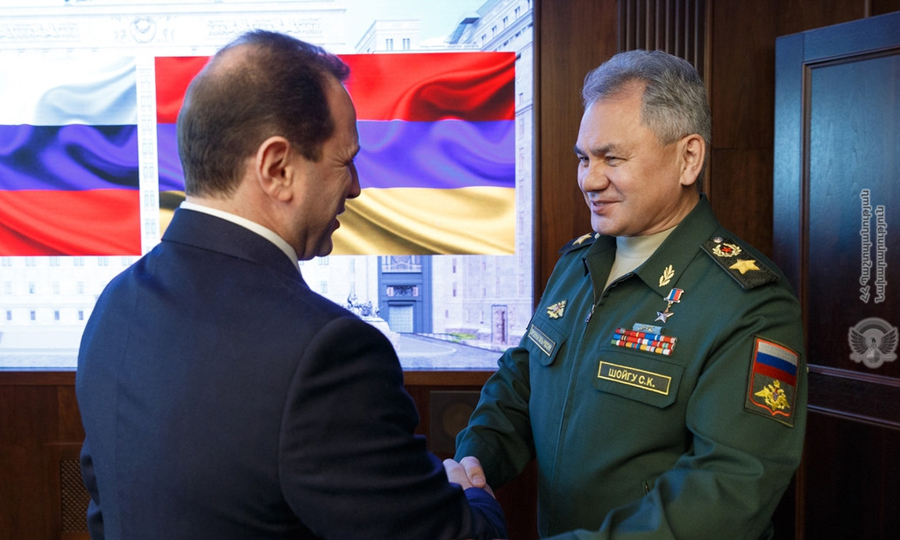 The Russian Defense Minister underlined that Armenia is Russia’s reliable ally and an important partner in the South Caucasus.

Sergey Shoygu expressed gratitude to David Tonoyan for the humanitarian assistance to Syria, noting that Armenia was the first to respond to Russia’s call to support the peaceful population of Syria.

David Tonoyan, in turn, thanked the Russian side for cooperation in providing humanitarian assistance to Syria.

The Armenian Defense Minister noted that Russia’s actions in Syria contribute to post-war reconstruction and attached importance to Armenia’s participation in the process.

“Our support to the people of Syria is important, and the Armenian Diaspora is an important part of it,” David Tonoyan said.

During the meeting the Defense Ministers discussed a wide range of issues of military and military-technical cooperation. Joint plans for enhancing combat readiness were also discussed.

The parties voiced confidence that the allied military relations would continue to develop.