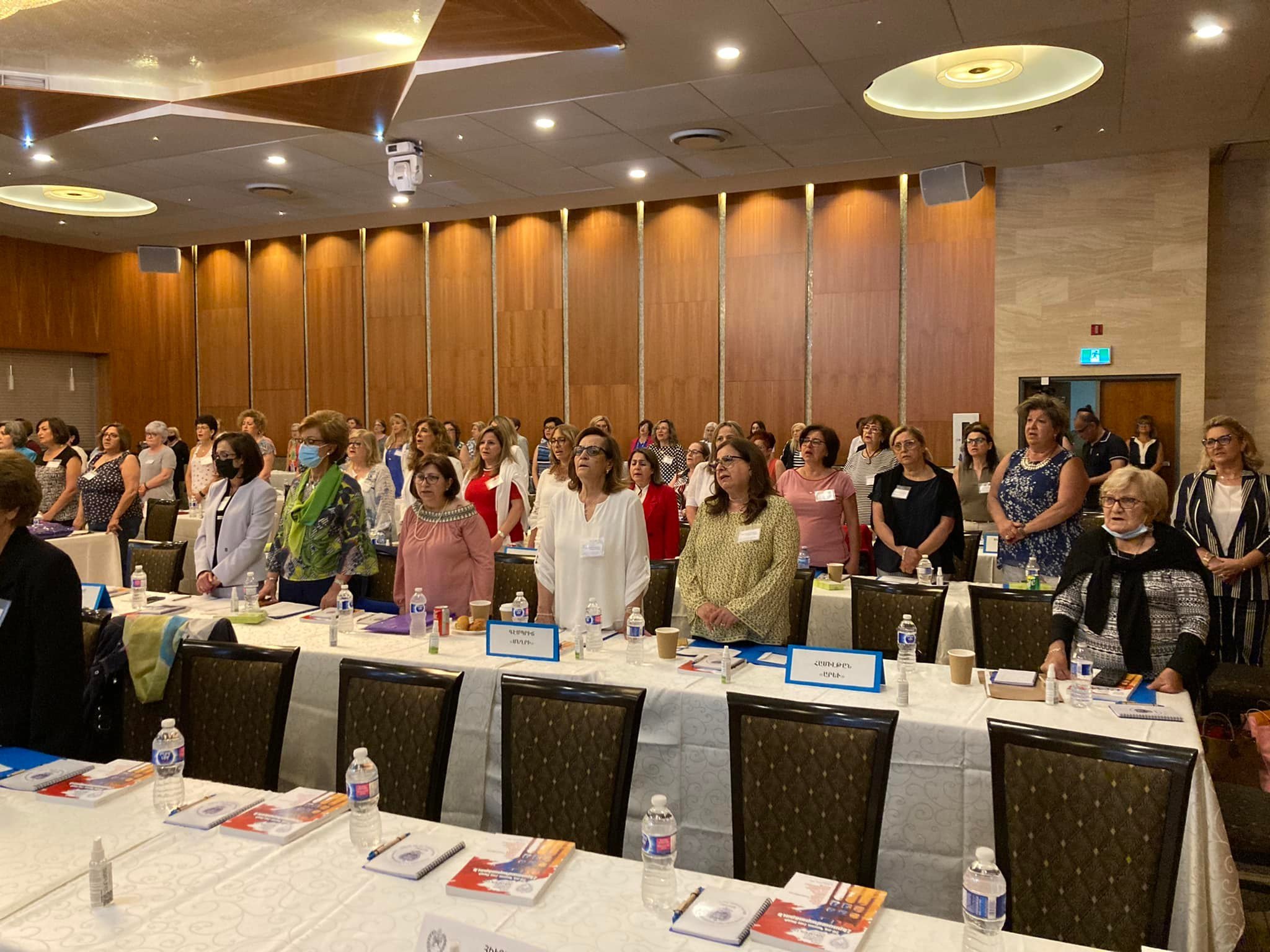 The ARS 101st and the 25th Canadian Regional Convention took place on July 1, 2 and 3, 2022 at the Armenian Community Centre in Toronto, Ontario.

The ARS Canada convention usually takes place every two years, however, due to outbreak of Covid19 virus and the unpredictability of the virus caused national and local governments to put in place measurements and restrictions that required ARS Canada to postpone the Convention by one year to 2022. The Covid19 pandemic did not stop the humanitarian and the charitable work that ARS members did for their own communities, the diaspora and the homeland.

As the motto of the ARS has always been; “with the people, for the people”, ARS Canada and its 1,200 members from all 10 chapters held true to this motto as they continued to carry on their work in education, humanitarian aid, health and empowering women. They used technology to make the organization run as smoothly as possible and conintued their work in Canada, the diaspora, Armenia, Artsakh and Javakhk.

This year’s convention was hosted by ARS Toronto “Roubina” chapter as they most graciously and generously welcomed all delegates and honorary guests to their center in Toronto.

In her opening speech, Ungh. Annie Ohanian spoke about the work that the ARS Canada members accomplished through the very trying times of the past three years working with limited resources, to not being able to meet in person and all the difficulties that were faced as a nation, as a community and as individuals. She brought to everyone’s attention the incredible work that was accomplished and how everyone’s charitable ambitions have made the past three years successful considering all the hardships that the world was faced with.

The conference got underway shortly after the introductions were made and the election of the Chairs and Secretaries of the meetings.  Ungh. Flora Guiragossian from Laval and Ungh. Sylvie Ohanian from Toronto were elected Chairs, and Ungh. Vartoug Bardakjian from Toronto and Ungh. Arpy Sanosian from Montreal were elected as Secretaries. Delegates were also elected for Audit, Resolutions, Credentials, Nominating and Correspondence Committees. The delegates also nominated seven members from the floor as Convention guests.

Ungh. Dr. Nyree Derderian presented the work that ARS Inc. had accomplished during the past 3 years. She said that despite Covid19, the 44 Day war in Arsakh, the explosion and the economic hardships in Lebanon, and these are just to name the main human calamity and catastrophe Armenians have faced in the past three years, ARS accomplished and achieved its goals of helping those who were in need.

Her powerful speech had the delegates moved and reassured that they are part of something that impacts individuals or communities at large. Her speech spoke to everyone in the room as women –to know and feel that they are part of something that brings women and the leadership of women to a higher ground. There is relevance and importance to what ARS members do both in the diaspora and in the homeland.

After the agenda items from day one were completed, the ceremonial group photo was taken and then the delegates and the guests were served dinner hosted by ARS Toronto Roubina Chapter.

During the second day, Ungh. Annie Ohanian read ARS Canada’s three year Report, which included the work that was completed by ARS Canada from July 2019 to June 2022. Ungh. Jojo Bedrossian then presented the 2019, 2021 and 2022 year-end Financial Statements of ARS Canada.  Ungh. Ohanian and Ungh. Bedrossian answered questions about the reports and provided clarifications. The convention attendees highly appreciated the work that ARS Canada board completed during the last 3 years and thanked them for their efforts and dedication.

There were many discussions and conversations about sharing best practices and recommendations were made for next ARS Regional Board to work on during the 2022-2023 year.

The Convention came to a close on Sunday, July 3, 2022 as three new ARS Canada Board members were elected as follows:

Ungh. Valerine Haroutounian from Montreal, and

They join the following current board members:

ARS members and all attendees took away from the three days great memories, lots of new experiences, information, knowledge and a deeper understanding of each other and what ARS means to  them. 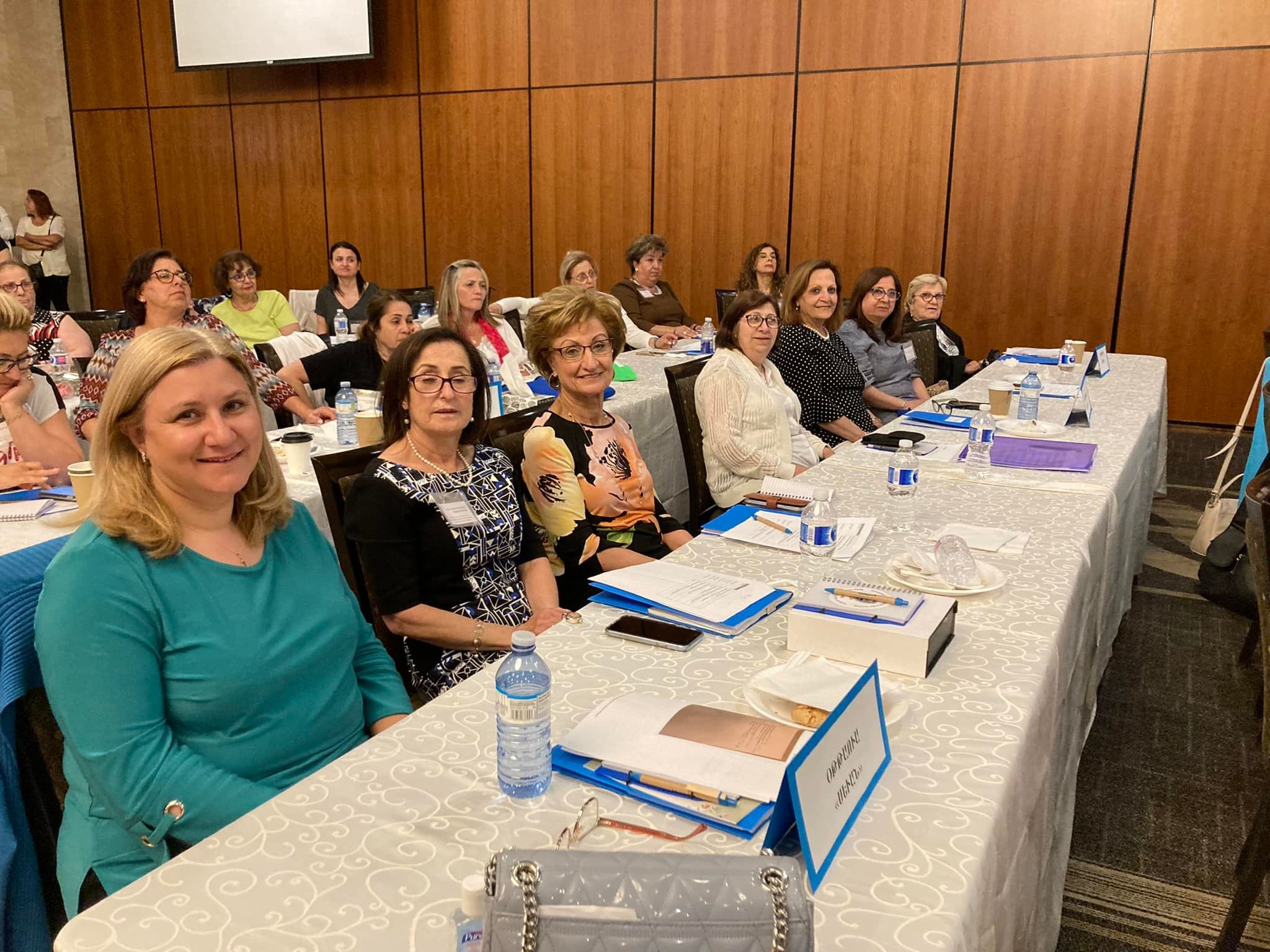 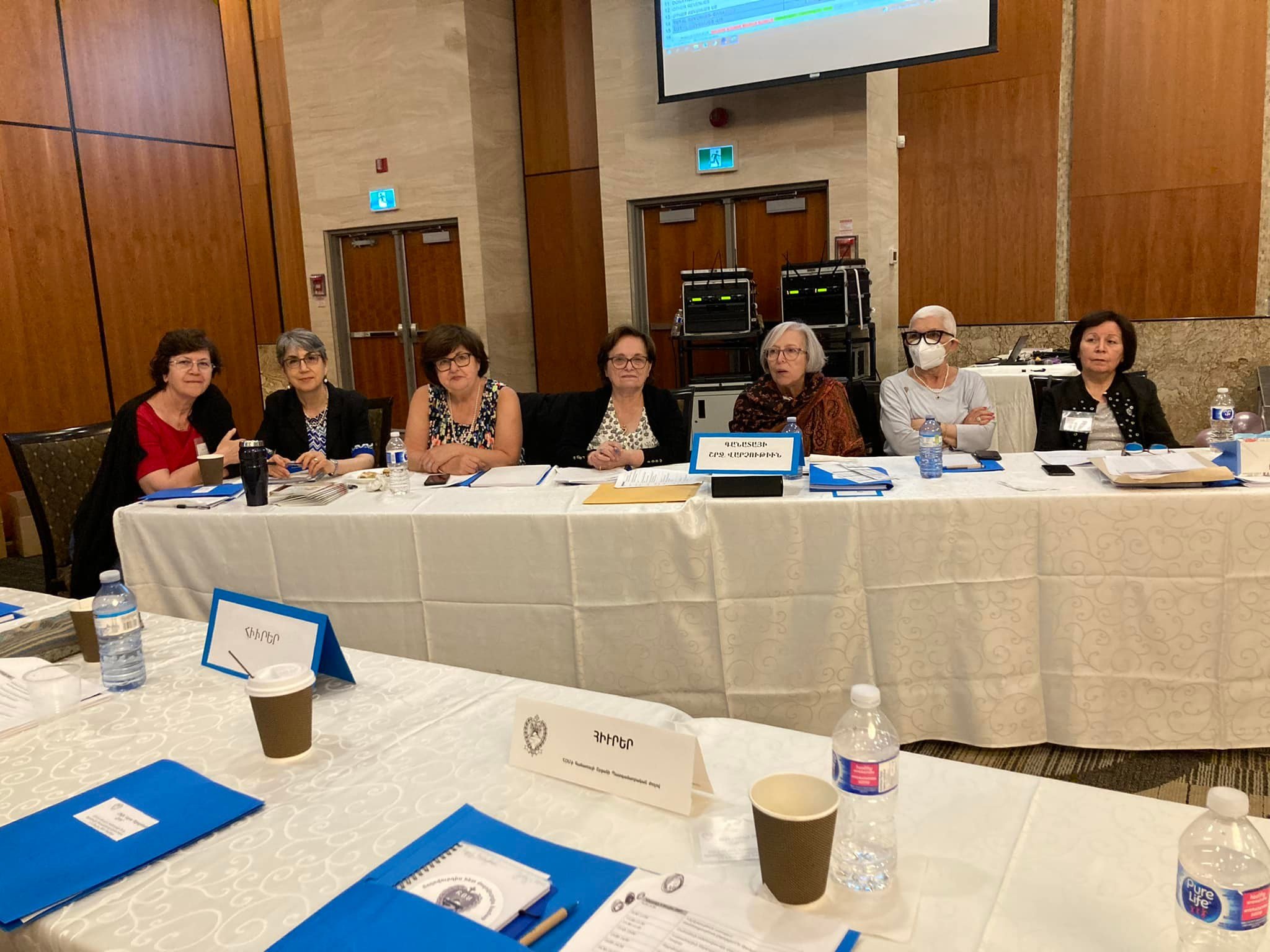