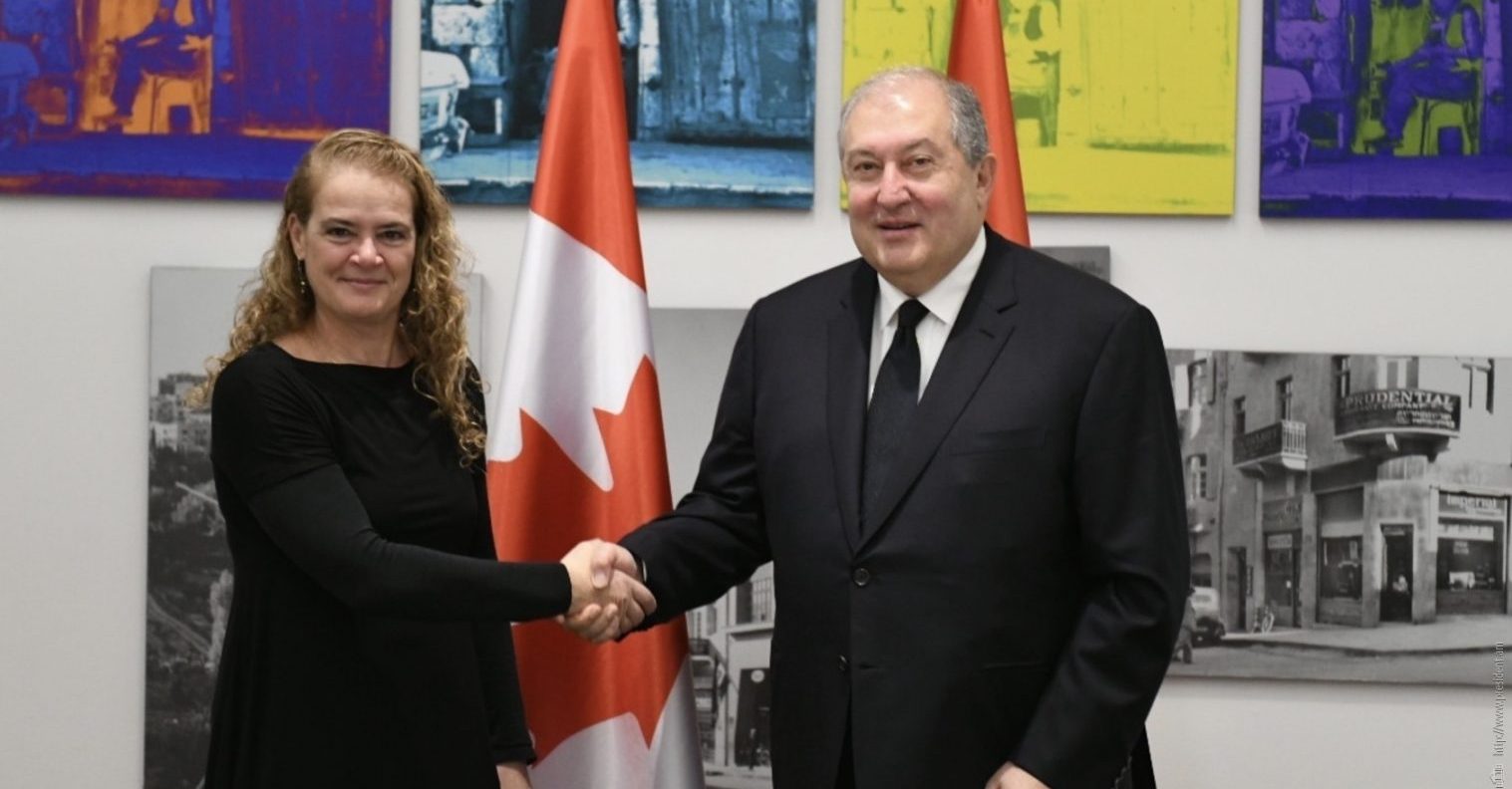 President Armen Sarkissian sent a congratulatory message to the Governor General of Canada Julie Payette on the occasion of her birth anniversary. President Sarkissian expressed confidence that through the joint efforts Armenia and Canada will develop and deepen their cooperation in bilateral and multilateral formats.

The President noted the September 27 resumption of military aggression of Azerbaijan against the Republic of Artsakh and said in particular, “As you know, Azerbaijan has unleashed an unprecedented in its scale, brutal and inhumane attack on the Republic of Artsakh, targeting also civilians and civilian infrastructure. All this is done with one purpose only: to cleanse Artsakh of Armenians once and for all. The inspirer and direct participant of Azerbaijan’s barbaric behavior is Turkey which is purposefully trying to carry out the scheme adopted more than one hundred years ago – to erase Armenians as a nation.

Canada, which is well-aware of the fact and recognized the Armenian Genocide, today too manifested its principled and human nature and suspended Turkey’s export permits for acquisition of military gear. I take this opportunity to express my gratitude to you and the government of Canada for that decision.”