Armenian opposition to start mass anti-government demonstrations on May 1 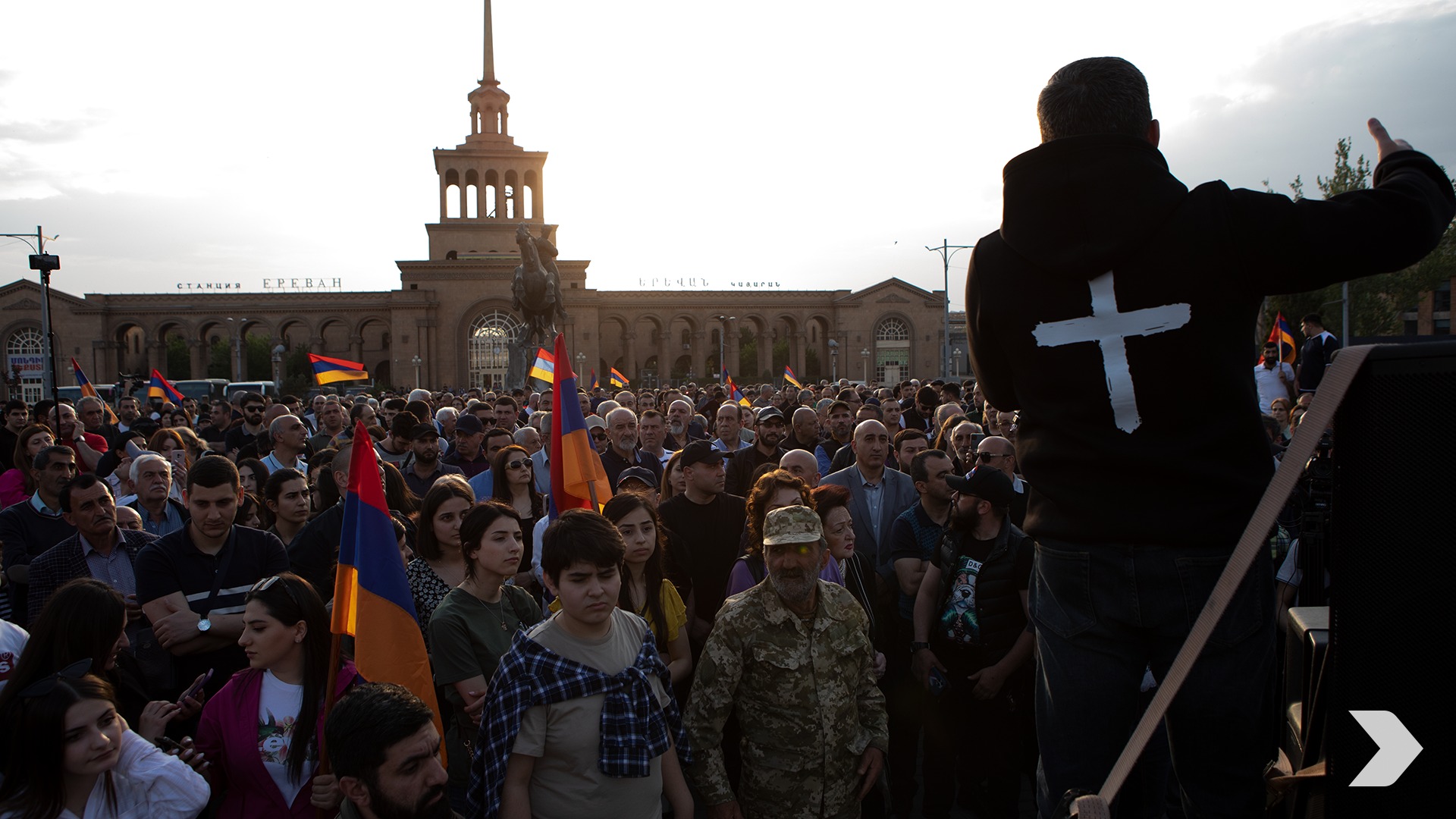 The Armenian opposition groups will begin mass demonstrations across the country on 1 May in a bid to topple Prime Minister Nikol Pashinyan and his cabinet, one of the ARF leaders and opposition Hayastan faction MP Ishkhan Saghatelyan said.

“Our country is facing numerous problems and serious security challenges. In essence, Armenia’s existence is at stake here. This is not an exaggerated claim, but a fact,” he said at a meeting with the opposition activists marching from Ijevan, a town in Armenia’s Tavush Province, to Yerevan.

He states that the current authorities are ready to see Artsakh as a part of Azerbaijan.

“This is a sacred fight and there is no turning back,” Saghatelyan noted. “The people are standing up…On May 1, mass protests aimed at ousting the capitulant will start. If they stay in power, we will finally lose everything.”

Ahead of mass rallies, the opposition activists and supporters continue small-scale protests and marches across Yerevan in an effort to get the people to rise up. Another awareness march will be held from Republic Square on Friday evening, Saghatelyan said.

In the meantime, a group of oppositionists will start marching from Armenia’s second largest city of Gyumri to Yerevan at 6:30pm.