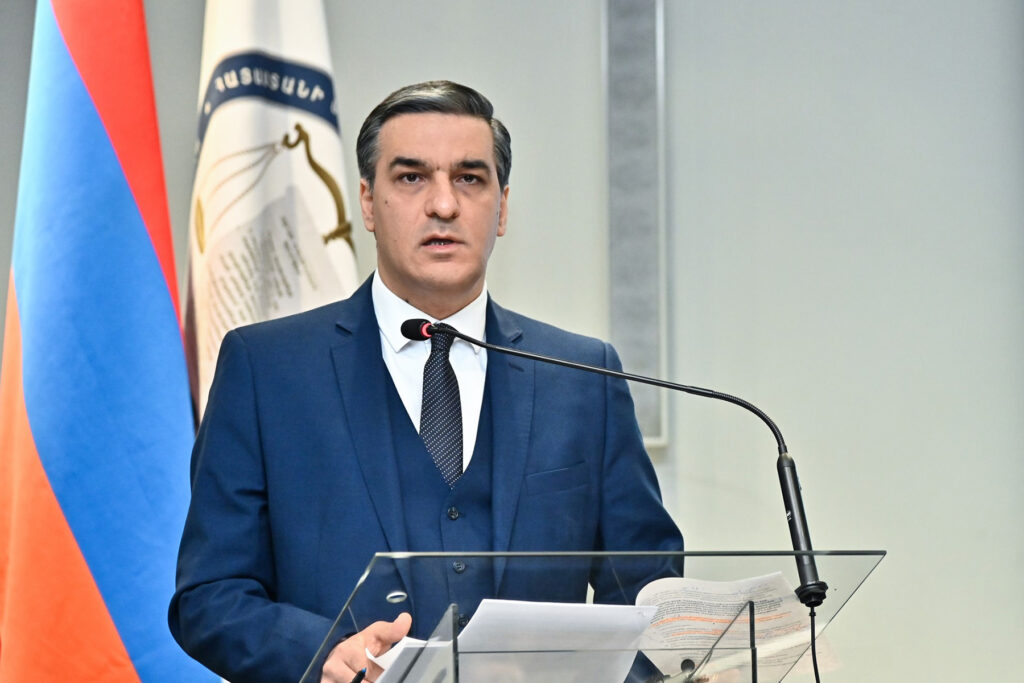 Armenia’s Human Rights Defender (Ombudsman) Arman Tatoyan says his office has completed the examination of new evidence and reports of Azerbaijani war crimes and crimes against humanity committed during the 44-day war unleashed against Artsakh.

In a statement on Monday, the ombudsman said special reports will be sent to the foreign ministries, prosecutor’s offices and police of countries with general jurisdiction.

“To demonstrate the scale of the work, I want to mention that the objective evidence analyzed refers to 245 videos and 120 pictures of torture, killings, and atrocities; in total 365 pieces of evidence. The reports are corroborated with registered facts and refer to the following main issues:

1. premeditated murder of prisoners of war and civilian captives,

3. desecration of the bodies of killed servicemen and civilians,

4. destruction of civilians and civilian settlements with prohibited cluster munitions

5. the use of jihadists and terrorists in the war against Artsakh,

6. use of weapons of mass destruction containing chemical elements,

7. unleashing war during the new coronavirus Covid-19 pandemic, paralyzing the healthcare systems of Artsakh and Armenia and contributing to the sharp increase in deaths,

8. facts of the torture of prisoners of war and civilian captives based on religious affiliation, desecration and destruction of churches and a policy of erasing traces of their Armenian identity,

9. illegal management of social media pages of Armenian prisoners of war during the war by Azerbaijani servicemen, and the incitement and encouragement of inter-ethnic enmity between the two peoples,

The videos were translated from Azerbaijani or Russian, and then English or Russian subtitles were added, he said.

“We have shown that these crimes are the result of Azerbaijan’s long-running policy of Armenophobia and enmity against Armenians, the result of ethnic cleansing, while the threat is still there,” Tatoyan stated.

“We must do everything in our power to hold responsible all those who violated the rights of our compatriots, committed war crimes and crimes against humanity in an effort to prevent violations in the future. All materials will also be sent to international organizations, including the UN, Council of Europe, the European Union and others,” he noted.