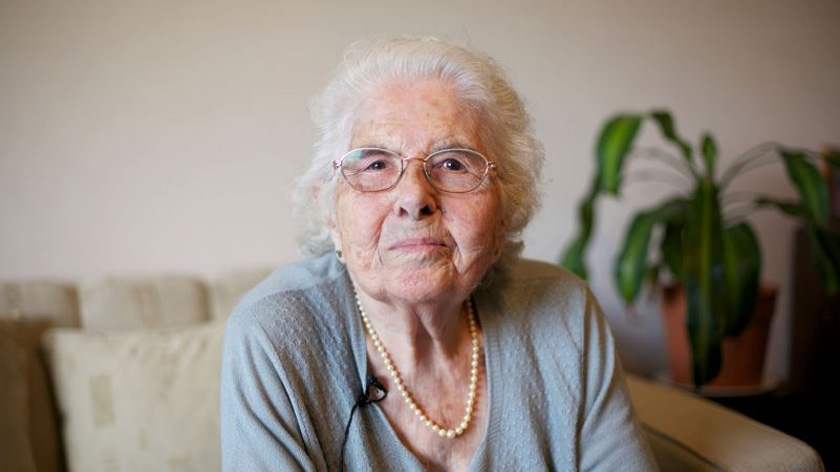 Lucin Beredjiklian de Khatcherian, one of the last survivors of the Armenian Genocide, died on Thursday, February 21, at the age of 106, Agencia Prensa Armenia reports.

“It’s better not to remember anything, if I remember, I can’t sleep,” she said in an interview on Telefe Noticias in 2015, the year that marked the centennial of the Armenian Genocide.

Lucin was among the refugees of the Genocide perpetrated by the Ottoman Empire between 1915 and 1923, which claimed 1,500,000 victims. Her native city, Aintab, is currently the city of Gaziantep, capital of a Turkish province of the same name.

Her father Abraham, a jeweler, sent his eldest sons to Aleppo, Syria, when the conflict began, according to a story Lucin told Clarín newspaper. When her father got sick, some Turkish friends got them a cart escape. The family was looted by the military on their way to Syria but nevertheless were able to reach Aleppo. Her mother, however, was pregnant during the journey and passed away halfway.

At the end of the First World War, they returned to where they used to live but found it in ruins. The Turkish authorities sent them to exile. Lucin’s father than bribed a guard to let them go and they decided to head for Damascus. On their way to the Syrian city, a woman who was crying because her sons and husband had been killed, so Abraham asked her if she wanted to take care of Lucin, which she did during the whole trip to Damascus.

Abraham died in Damascus, while his brothers traveled to Argentina. Lucin and her older sister stayed until she turned 16, in 1929 they decided to travel to South America where she learned to speak Spanish.