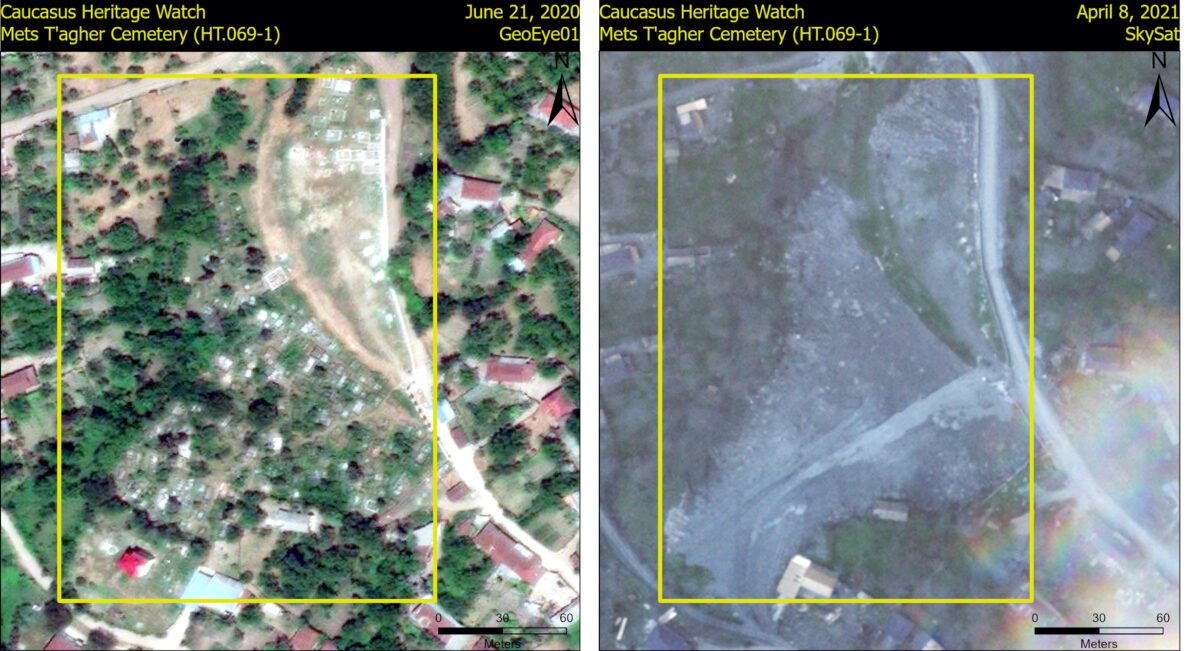 Armradio – An Armenian cemetery in the village of Mets Tagher in Artsakh’s Azerbaijani-occupied Hadrut region has been destroyed, the Caucasus Heritage Watch (CHW) alerts.

The cemetery was founded in the early 19th century and was in use when Armenians evacuated the village in 2020. Satellite imagery shows its complete destruction. Signs of bulldozer scars can be seen.

In the same village, the Surb Amenaprkitch church, founded 1846, appears to be threatened by construction. As of April , the area just east of the church was bulldozed, and trucks were parked in the clearing.

The Caucasus Heritage Watch is concerned about the church and calls for its protection..

CHW is a team of researchers at Cornell and Purdue Universities. Their mission is to monitor and document endangered and damaged cultural heritage using satellite imagery.