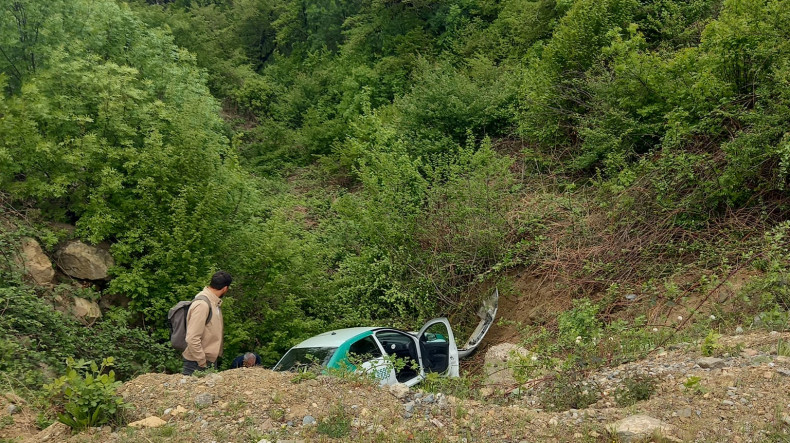 An Armenian car was deliberately hit by an Azerbaijani military motorcade on its way to a village near the town of Martakert in Artsakh (Nagorno-Karabakh) on Thursday, Irina Safaryan said in a tweet.

As a result of the collision, the vehicle rolled down the nearby gorge. No injuries were reported.

“Some of my friends on their way to the village near Martakert, have been hit by the Azeri army motorcade as a result their car rolled down the gorge,” Safaryan tweeted, sharing photos of the crashed car.

“Miraculously, they are safe and sound,” she said.