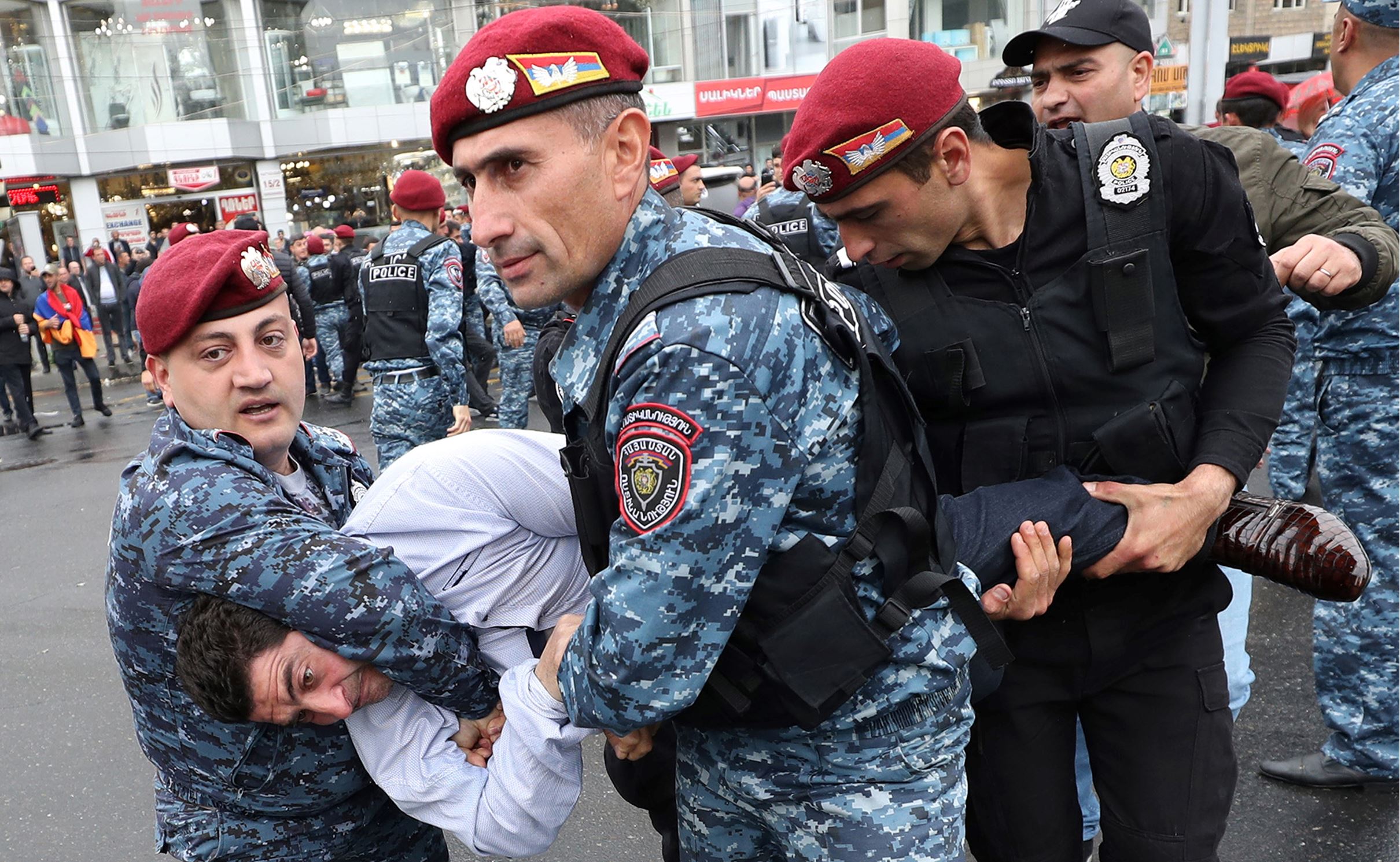 On Sunday, demonstrators in the center of Yerevan set up tents for a round-the-clock protest and said they wouldn’t leave until Pashinyan and his team step down. The Interfax news agency reported that barricades were erected from garbage cans and street benches, and that traffic on France Square, a major road connecting four main avenues of the Armenian capital, stopped.

Demonstrators — including opposition lawmakers — chanted “Armenia without Nikol!” Protest leader and deputy parliamentary speaker Ishkhan Sagatelyan told reporters that protesters would clear the streets by Monday afternoon, so that another rally could gather on the square in the evening.

Some of the detentions on Monday were carried out with the use of force, and journalists covering the protests were reported to have been pushed around by the police.